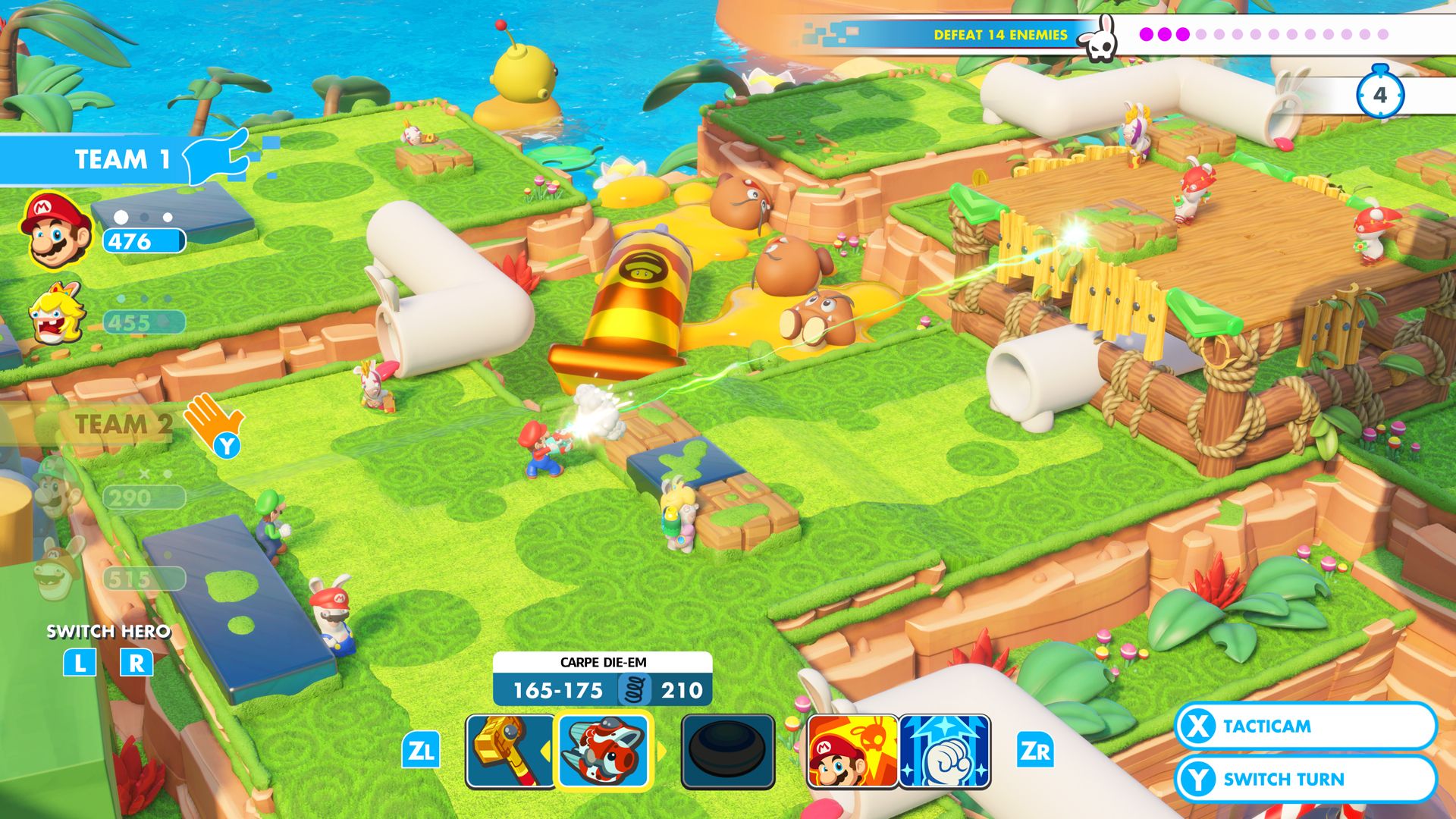 Ubisoft released a brand new trailer today that walks viewers through some co-op action in Mario + Rabbids Kingdom Battle. Lead Producer Xavier Manzanares and Creative Director Davide Soliani demo one of the co-op challenges that are found inside the BuddyDomes throughout the game. Each challenge has unique goals and three levels of difficulty to tackle. Players will take four of the game’s eight characters into the challenge, with each player controlling two characters. The video shows off an entire challenge where players will need to escort Toad and Toadette to two separate points. Viewers will get an in-depth look at the game’s turn based combat system and some of the skills available to players.