Some of the developers of Wolfenstein II: The New Colossus were on the Bethesda Live Stage to talk about the resistance movement battling the Nazis in America and BJ’s blossoming relationship with Anya. The video also introduces gamers to the members of the American resistance: Grace, Horton, and Super Spesh. Some popular characters from the Kreisau Circle have come to the US with BJ like Set Roth, Max Hass, and Bombate. Additionally, BJ can select Fergus and his Laserkraftwerk or Wyatt and the Dieselkraftwerk signature weapons to join BL in his adventures.

Wolfenstein II: The New Colossus follows BJ Blazkowicz back to America, where the Nazis has taken over the country. BJ must rally the flagging American resistance movement by uniting old friends from Germany with his new American allies to boot out the Nazis from the America homeland once and for all. Wolfenstein II: The New Colossus is set to launch on PlayStation 4, Xbox One, and Windows on October 27, 2017. 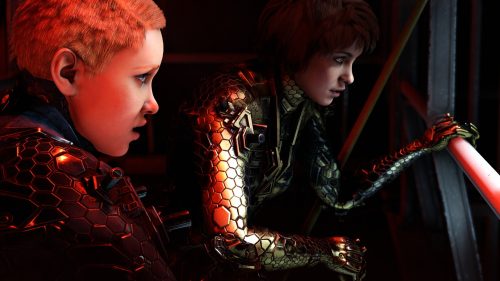