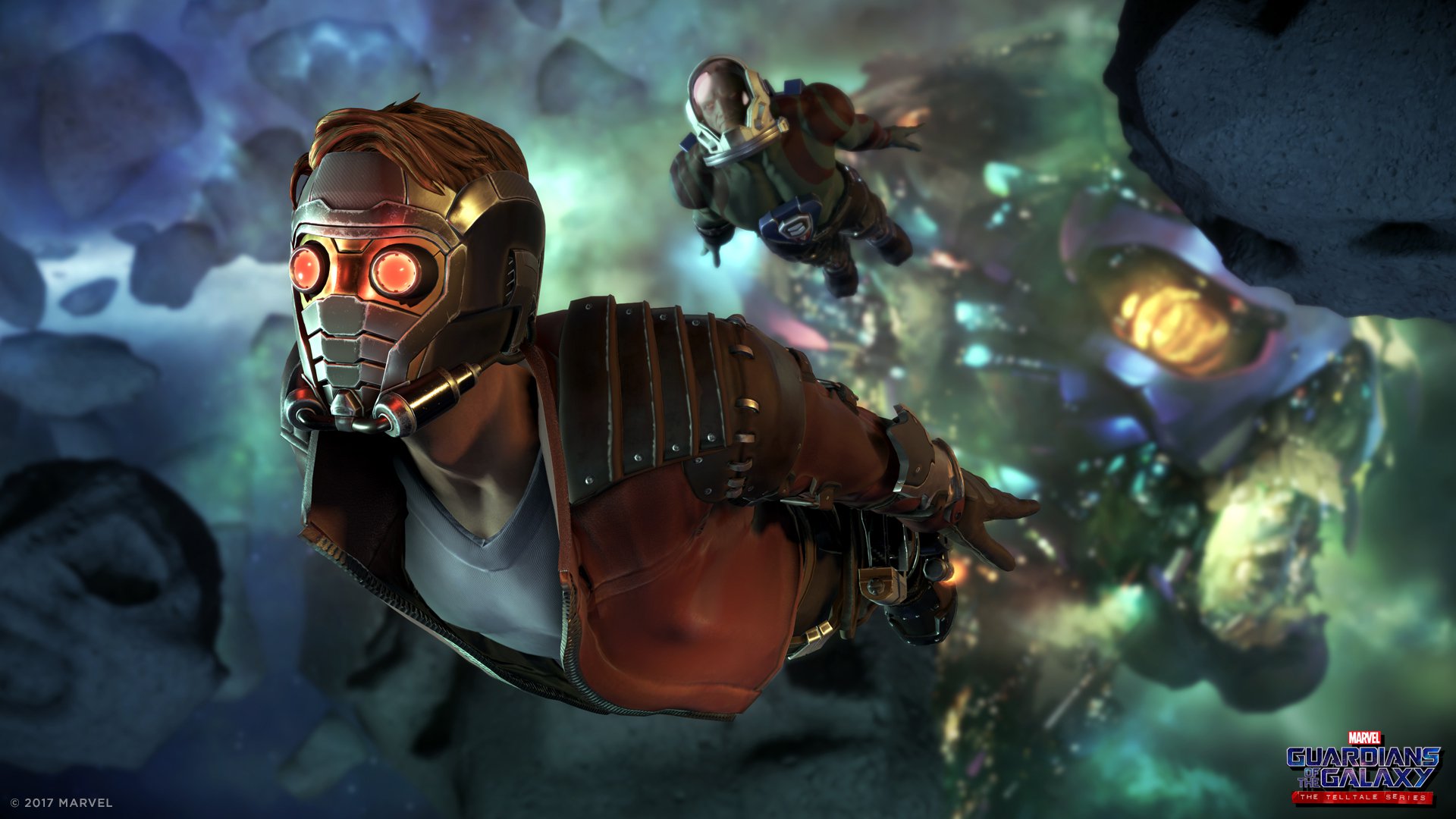 Late last year we learned that the Marvel series that Telltale Games would be working with is Guardians of the Galaxy and while we still have little to go on for the game, the company has shared a few screenshots for the game. These four images come with information about who will be voicing these characters with Scott Porter voicing Star-Lord, Emily O’Brien handling Gamora, Nolan North voicing Rocket, Brandon Paul Eells voicing Drax, and finally Adam Harrington providing the voice work for Groot.

Other than this info the only other news the company had to share is that the first episode would drop sometime in the Spring season with four other episodes following at a later date.