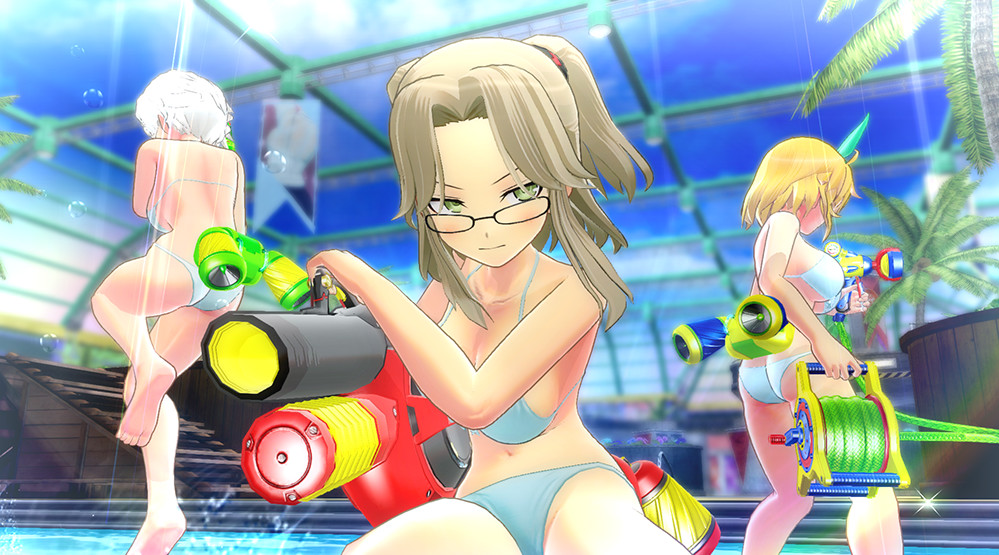 Recently Marvelous gave us a small sample of what some of the water guns in Senran Kagura: Peach Beach Splash will look like in action and now the company has released another five clips showing off the third person shooter’s different weapon types. The ones introduced this time happen to be a Rocket Launcher, Shotgun, Spray Gun, Sniper Rifle, and Twin Handguns.

Senran Kagura: Peach Beach Splash is currently slated to be released for the PlayStation 4 in Japan on March 16th and a Western and Asian release for the game has already been confirmed to be in the works.