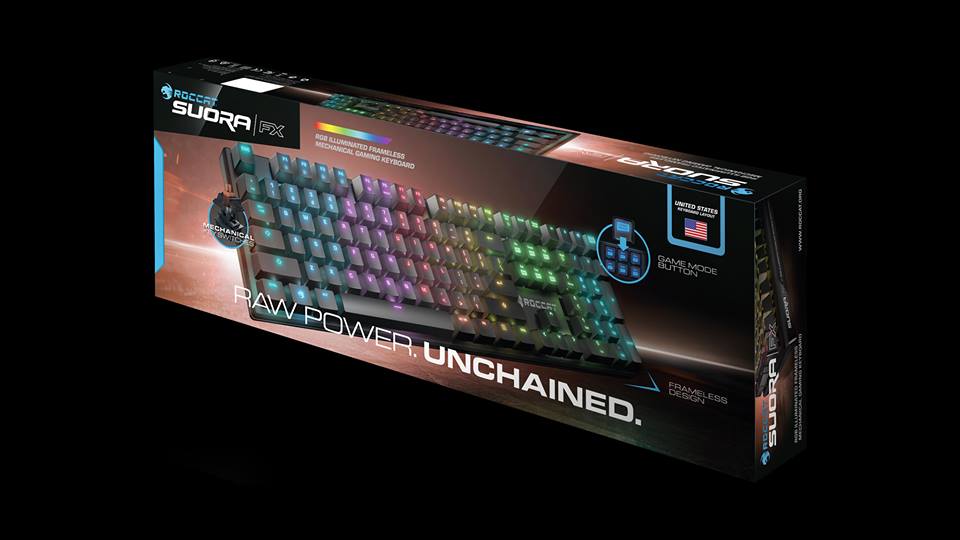 Roccat announced the Roccat Suora FX will launch on December 6th. The company is adding RGB lighting to their frameless mechanical keyboard. It appears that Roccat is also swapping switches for the Suora FX, subbing the TTC brown key switches for blacks. There’s no word on which manufacturer will be providing the key switches, but it is probably a safe assumption that the TTC switches will be making their return.

The Roccat Suora FX will feature the same compact, frameless design with a metal housing. The F1-4 keys control the RGB lighting modes. When Game Mode is engaged, the Insert/Delete key cluster becomes a set of macro keys. The ROCCAT Suora FX hits Independent Channel Stores in mid-December and will be available for AUD$199.95 / $139.99 USD. 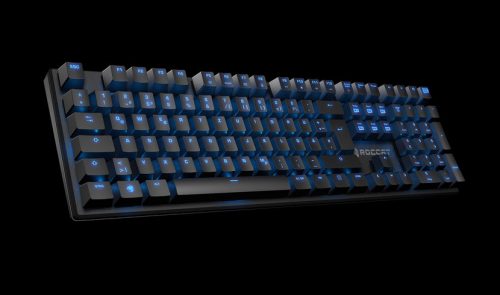