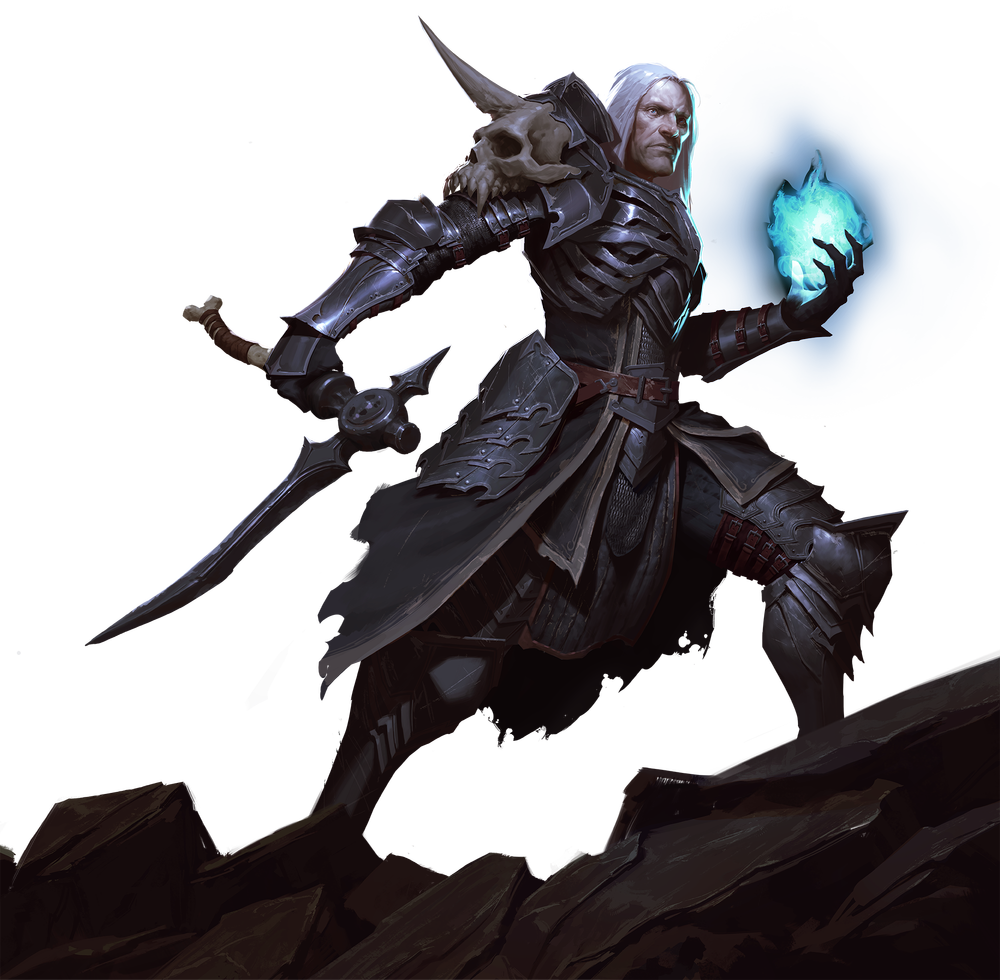 Let’s get the embarrassing bit out of the way first: I was wrong. My original prediction of Diablo 4 did not come true at BlizzCon 2016’s Opening Ceremonies. So if you aren’t at BlizzCon 2016 or didn’t have a digital ticket, this is what you missed.

Blizzard has come up with a very Blizzard-like way to further extend the life of Diablo III without releasing a full blown expansion. While major content updates for Diablo III: Reaper of Souls dried up a couple of seasons ago, it turns out development never halted on the game. Instead, it appears that development was focused on releasing a huge content update in time for the 20th anniversary of the Diablo franchise. That content update will be free, but the rumoured return of the Necromancer will not be. Blizzard has yet to decide the price quite yet, but have released some new concept art including the previously leaked images.

The agonizingly long ARG is finally over with the official Sombra reveal. Sombra is a high mobility offensive hero toting a machine pistol and a range of hacking abilities to debilitate and disrupt the enemy. The abilities sound a bit like a cross between Tracer and Genji, with a little bit of Dirty Bomb’s Phantom thrown in for good measure. Her three main abilities are Hack, which stops abilities and disables first aid kits; Thermoptic Camo, which boosts her foot speed and makes her invisible for a short period of time; and Translocator, which allows Sombra to return to the beacon’s location. EMP is her ultimate, destroying barriers and shields plus hacking all who are caught in its path. To celebrate Sombra’s announcement, there’s a brand new Overwatch Animated Short for Sombra.

Competitive Overwatch players will have a brand new league soon. Blizzard will be using their experience with professional Starcraft II and Hearthstone leagues to run the the Overwatch League. Not much information about the league has been released quite yet, but a pre-season will be starting soon.

Two major patches are on the horizon for World of Warcraft: Legion. Patch 7.1.5 is a smaller content update that will tide players over until 7.2. The Brawler’s Guild is returning along with six Mists of Panderia dungeons in the Timewalking Dungeons cycle. Micro-holidays in the style of the larger holiday events are also being added to the game in hopes of lightening the mood in Azeroth. Of course, every major patch comes with some major class updates which includes increasing the diversity of talents for certain specializations like Marksman Hunters and rebalancing secondary stats for all specializations.

7.2 is on the way with The Tomb of Sargeras raid, the Cathedral of the Eternal Night dungeon, the next chapter of the Class Order campaign, and the return of Legion invasions to Azeroth. Flying mounts will be making it’s appearance in Legion soon. Like Warlords of Draenor, players will need to complete a big chunk of achievements to unlock the privilege of flying around the Broken Shore. Fifteen new artifact traits for each weapon are also being added to existing artifacts, along with new, corresponding relics. Karazhan is also being split into two for the Mythic Keystone dungeons. Much like Black Rock Spire, Karazhan will be split into two four boss dungeons known as Upper and Lower Karazhan.

For PVP lovers, an Overwatch and Heroes of the Storm inspired twist to the traditional battlegrounds are coming. Each week will feature a new battleground brawl with some pretty entertaining rules. As a grizzled old vanilla player, I’m excited to see a variant called Southshore vs. Tarren Mill being added.

Not much news from StarCraft II, but the final Nova Mission Pack and Alexei Stukov is coming soon. Additionally, the work on the Starcraft franchise and AI is continuing. StarCraft: Brood War competitions between student programmed AIs has been running for several years now. Blizzard is taking the next step by announced their partnership with the team behind Google’s DeepMind A.I.. More details will be released during the The Future of StarCraft II AI panel on Saturday.

Heroes of the Storm

King Varian Wrynn of Stormwind and the raid boss Ragnaros are joining the roster of heroes. King Varian Wrynn will be a multi-class hero designed to switch between defensive and offensive roles as necessary, while Ragnaros wields some incredible fire abilities… as long as he’s in control of Forts.

A new brawl is coming. The asymmetrical brawl starring the pirate Blackheart will see the attacking team assaulting a ghost pirate ship while the defenders try to hold them off until the timer is up. Finally, the Nexus Challenge will be running between November 15th to January 4th that will unlock loot for Heroes of the Storm and Overwatch for anyone who plays 15 Heroes games. Extra Heroes of the Storm loot will be up for grabs for those who play 30 games.

Last but not least, Blizzard has announced the next expansion pack for their online TCG. “Mean Streets of Gadgetzan” is introducing the three crime families of Gadgetzan: the Grimy Goons, the Jade Lotus, and the Kabal. The three families are represented with 132 new cards that sport faction affiliations along. The expansion pack will be available in early December and pre-purchases are open for 50 packs for $49.99 USD at the Blizzard online store.