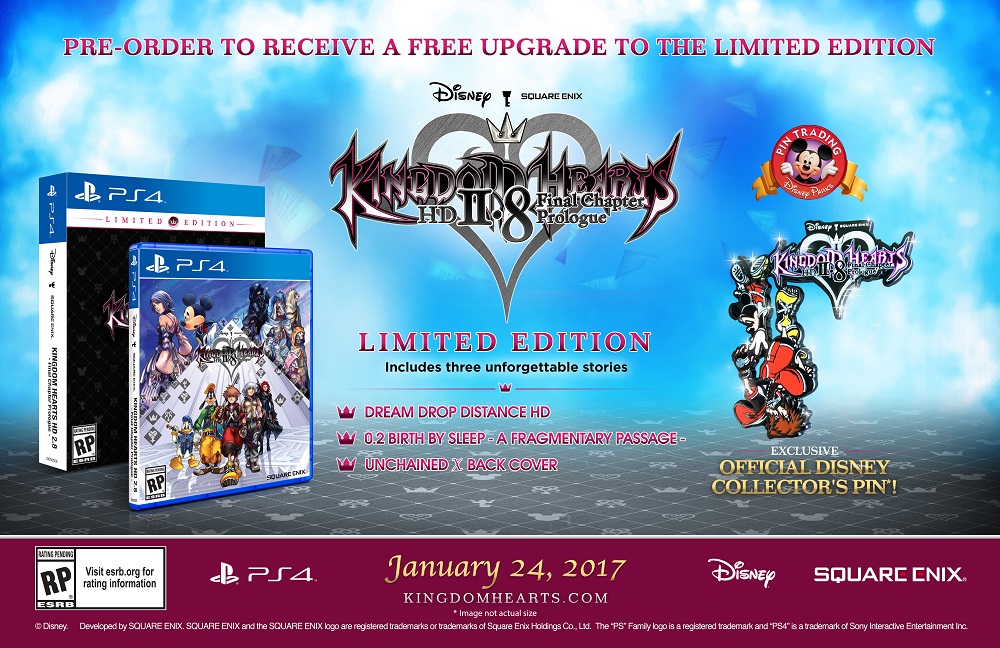 Square Enix has announced that they will be offering something of a bonus for those who pre-order Kingdom Hearts HD 2.8: Final Chapter Prologue. All pre-orders will be upgraded to the “limited edition” of the title that will include the game, a special box to hold the game, and an official Disney collector’s pin featuring Sora and Mickey which is sure to delight at least a few people who find it hard to track down official merchandise for the series.

Currently Kingdom Hearts HD 2.8: Final Chapter Prologue is set to be released on the PlayStation 4 in Japan on January 14th and in North America and Europe on January 24th. 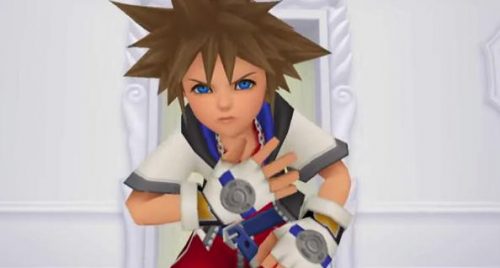