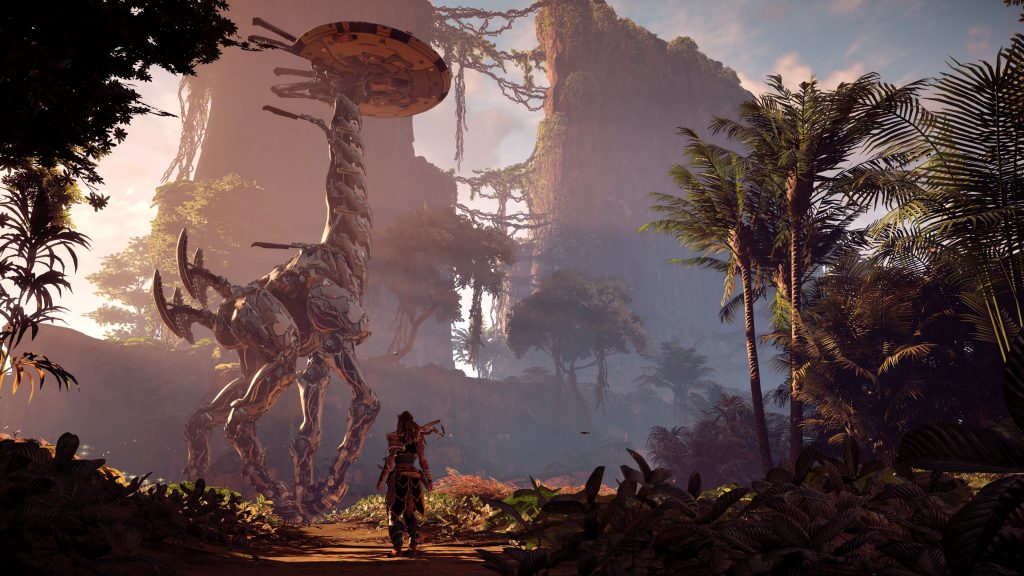 After seeing Horizon Zero Dawn announced at last year’s E3, I have been eagerly consuming every tidbit of media about the game which has since come out. Developed by Guerrilla Games and published by Sony, the game features an incredibly intriguing new setting in which biomechanical life has become dominant upon the Earth. Imagine my surprise when I found out a working code of the game would be available for play by the public at our very own EB Expo. While attending the Sony press event the night before the expo proper, I got a chance to play the game for a reasonable amount of time.

What does make this game absolutely stand out is it universe and I was given a tease of it in the E3 gameplay presentation video earlier this year. The demo on display was a bit more constrained than that and largely gave you free reign in a fairly small area of the game world to do as I pleased. The game feels and plays a lot like your general modern third-person action game with fast-paced combat, stealth, and a crafting system. That’s largely the basis for the gameplay and I feel that the game shares a significant influence from titles such as Far Cry: Primal.

As any good gamer would, I immediately picked a fight with the closest beings to me… which turned out to be a couple of raptor-like ‘Watchers’. They were guarding a herd of ‘Broadhead’ animals until I arrived and immediately shot an arrow into one of them. They promptly surrounded me and forced me to beat a hasty retreat using deft pack hunting tactics. Luckily, through my liberal application of dodge rolls and bullet-time slowdown, I was able to escape and even bring down one of the suckers. 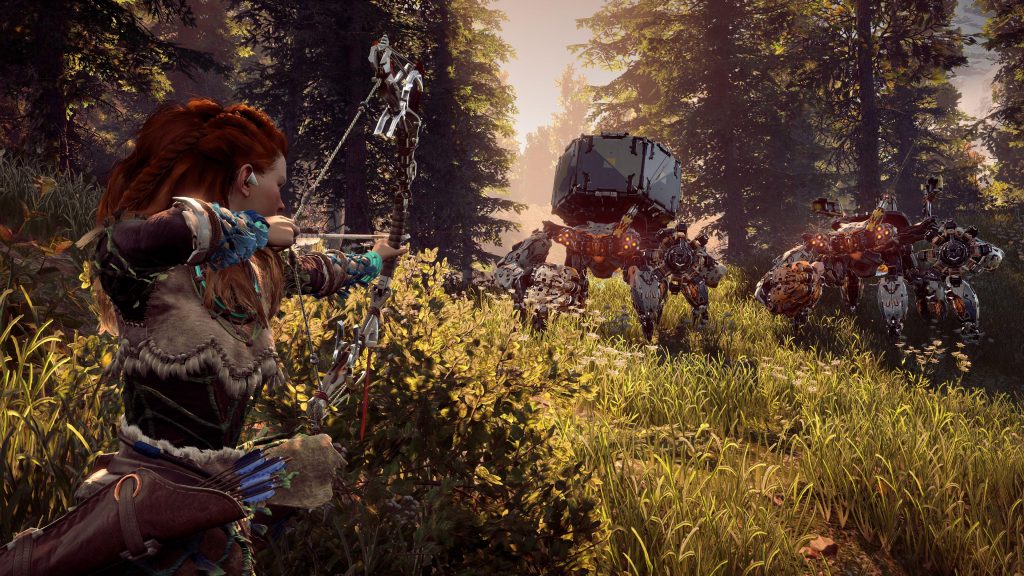 Having largely learned the controls at this point, I took to hunting more worthy prey and decided to attack one of the ‘Shell Walkers’. These are large, six legged robots who look like hermit crabs with giant containers attached to their backs. Using my scanning ability to highlight its weak spots, I let loose with a flurry of arrows which shaved off a bit of the monster’s health before it could even turn to face me. Unfortunately, ‘walkers’ are deceptively fast and capable of generating a shield with one of their arms. The fight become a very deadly of ‘Ring around the Rosie’ as I attempted to get behind the creature’s shield to deal damage while it attempted to chase me and get me acquainted with its crushing fists.

Luckily, after expending most of my ammunition, I was able to finally best the beast and loot its corpse for much needed supplies. Having regained my confidence, I returned to the Broadhead herd to find it completely unguarded as it appears the Watchers had decided to stay in the area they had last seen me rather than return to watch over their charges. Their tenacity was my gain as I promptly hacked one of the Broadheads and rode them into battle against the Watchers who were pretty much trampled to death. Having proven the superiority of man in this small valley, I walked away from the demo with my head held high. 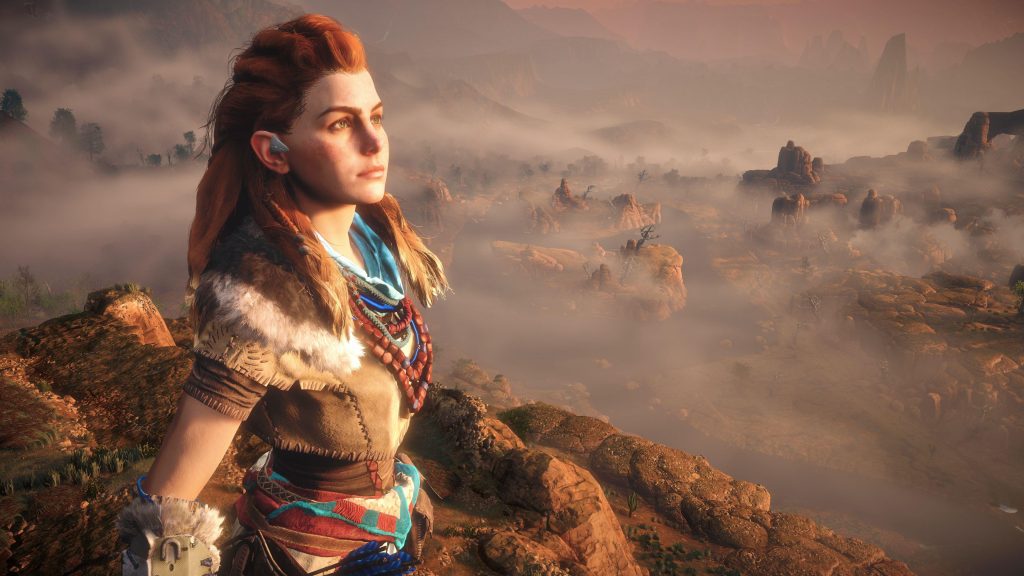 I was disappointed by the lack of story content available in this demo, but it was nice to explore this new world all the same. The creature designs were off-the-wall awesome with everything having a strange, uncanny mixture of mechanical and natural designs. From the way the ‘Shell walkers’ scuttled along to the way ‘Watchers’ ran me down, all of their movements had a distinct primal feel to it. Their designs are what make me excited to see more of this game in the future.

Horizon Zero Dawn will be released in the first quarter of next year. For more of our EB Expo coverage this year, feel free to click here! 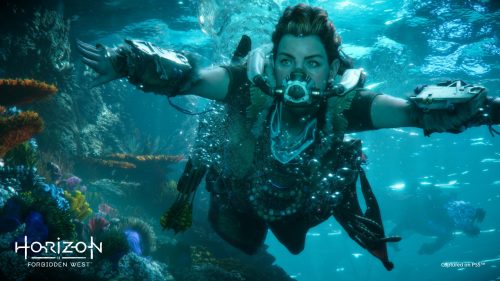 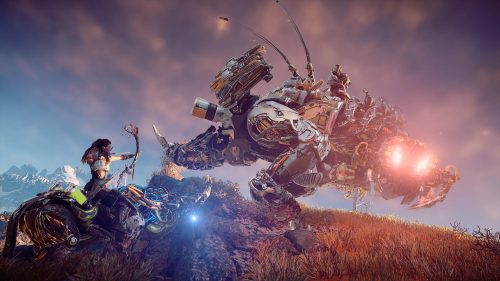