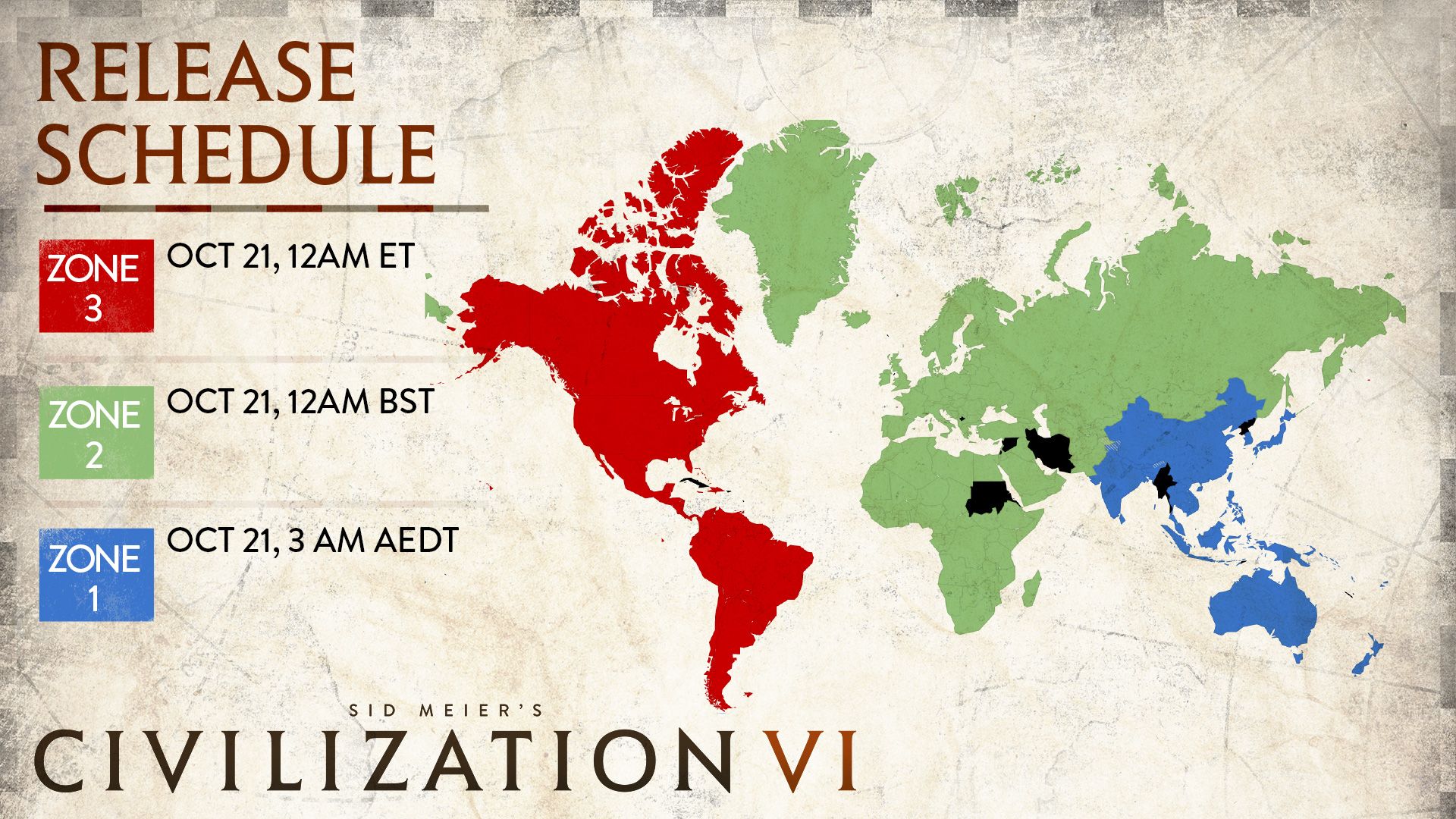 2K and Firaxis Games released the launch trailer for the hotly anticipated 4x strategy game Civilization VI today. The trailer is set to “Sogno di Volare” by Christopher Tin, who won the first Grammy award for a video game with the Civilization IV theme “Baba Yetu.”

Civilization VI is set to launch on Friday, October 21st. Pre-loading has begun on Steam, where the game is priced at $59.99 USD. 2K will be unlocking the game in three waves.  Asia and Oceania will get their start at 3AM AEDT. Europe and Africa can begin playing at 12AM BST. North and South America will unlock last at 12 AM EST. For the curious, countries on the release schedule map marked in black are restricted by a trade embargo and cannot buy the game. 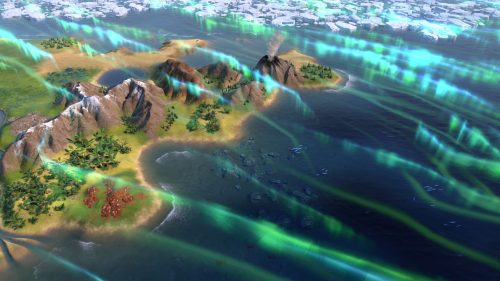