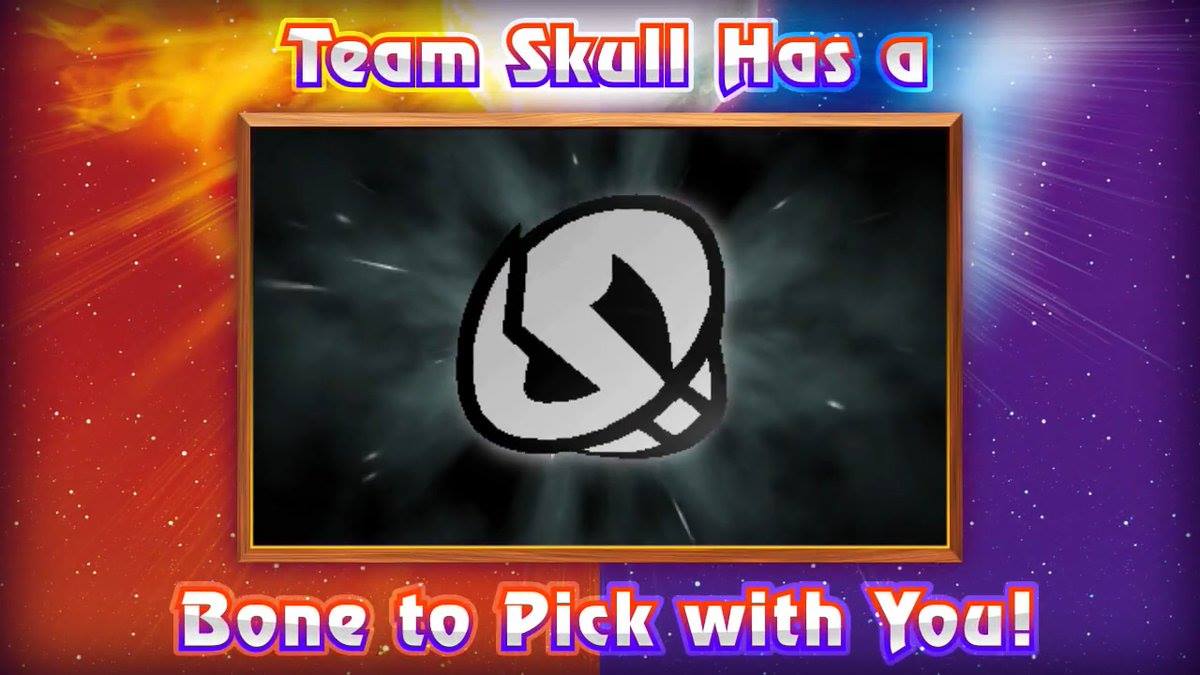 We covered a lot of these leaks a couple of days ago, but now that the new trailer is out for Pokemon Sun & Moon we have clearer images and English details on a lot of things we previously posted about as well as a couple more new Pokemon and more details on the evil Team Skull. 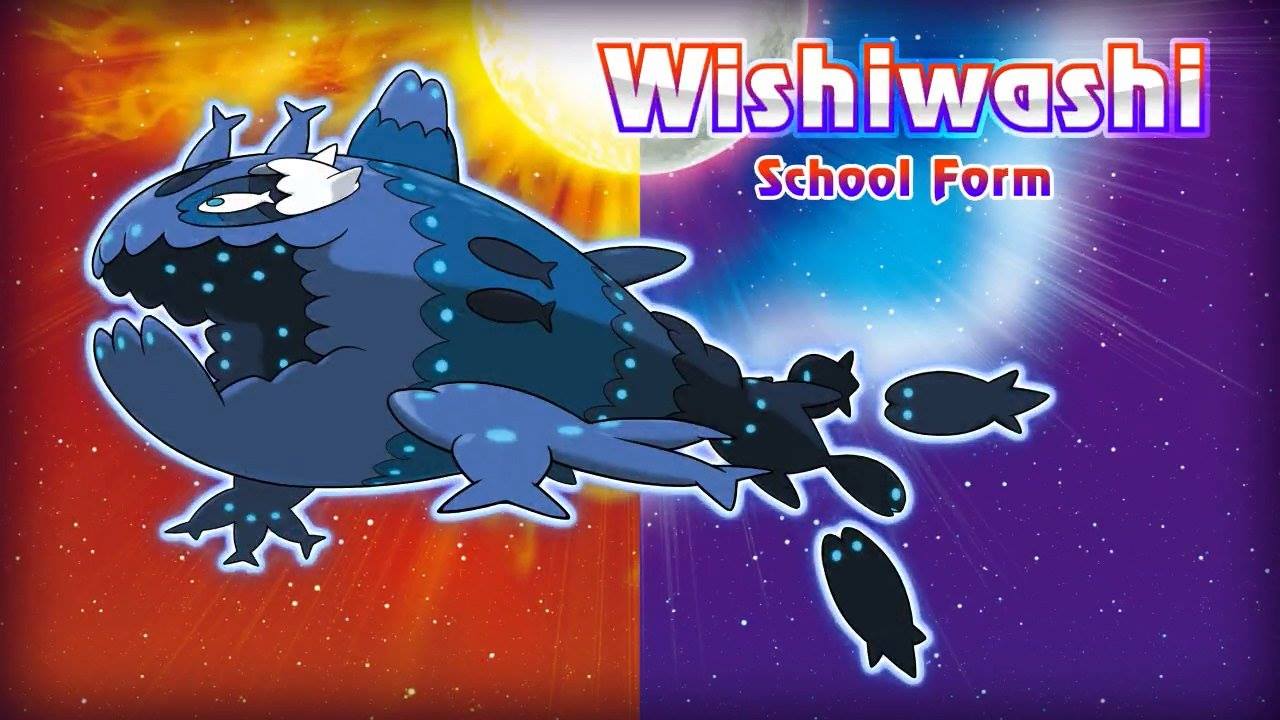 The fish type Pokemon known in Japan as Yowashi has been ranmed to Wishiwashi. It has a Solo Form and when it reaches a certain level, can use its ability Schooling to transform into it’s School Form making it much more powerful. It seems to lose this form when low on health. 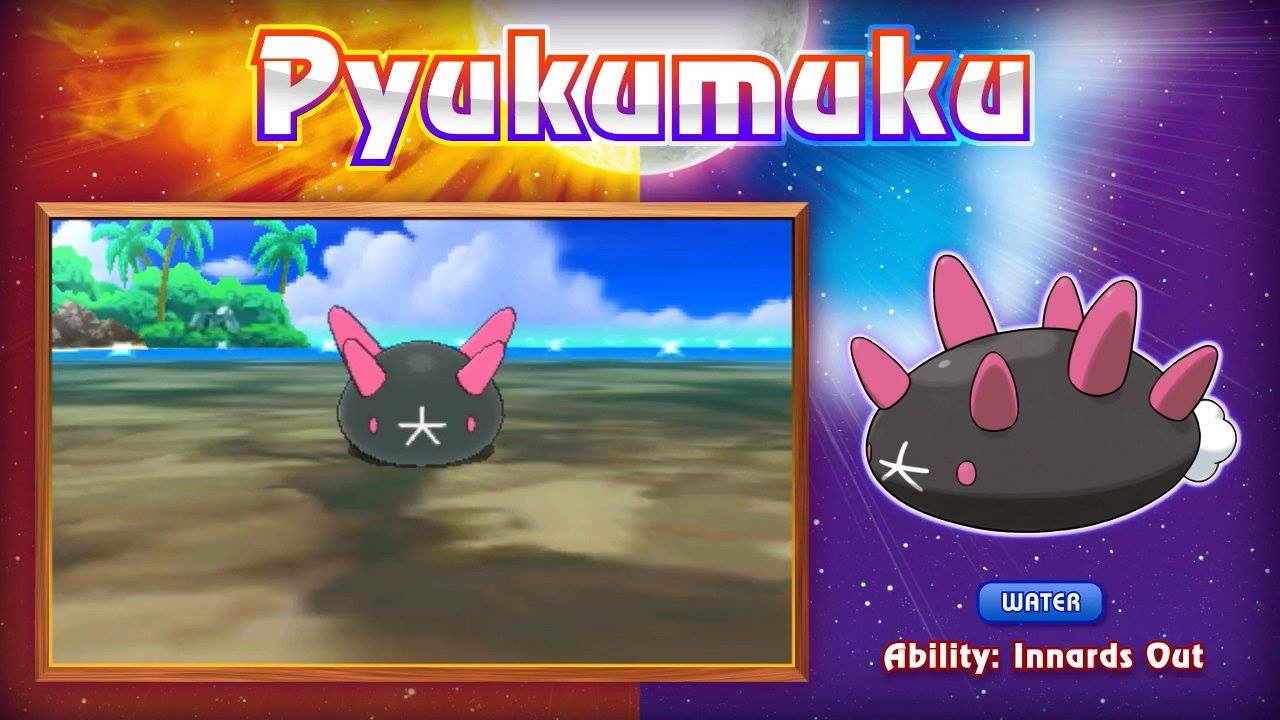 We also got two brand new Pokemon that weren’t showcased in CoroCoro magazine. The sea anemone Pokemon Pyukumuku is a Water Type that has the ability Innards Out which seems to damage the opponent when Pyukukuku faints, kind of like a built in Destiny Bond. The damage dealt will be equal to the HP it had remaining before receiving the knock out blow. The other new Pokemon looks like a cave mushroom and is a Grass/Fairy type called Morelull. It has the abilities Illuminate or Effect Spore. It also learns the move Spore, a very rare move with 100% sleep chance. 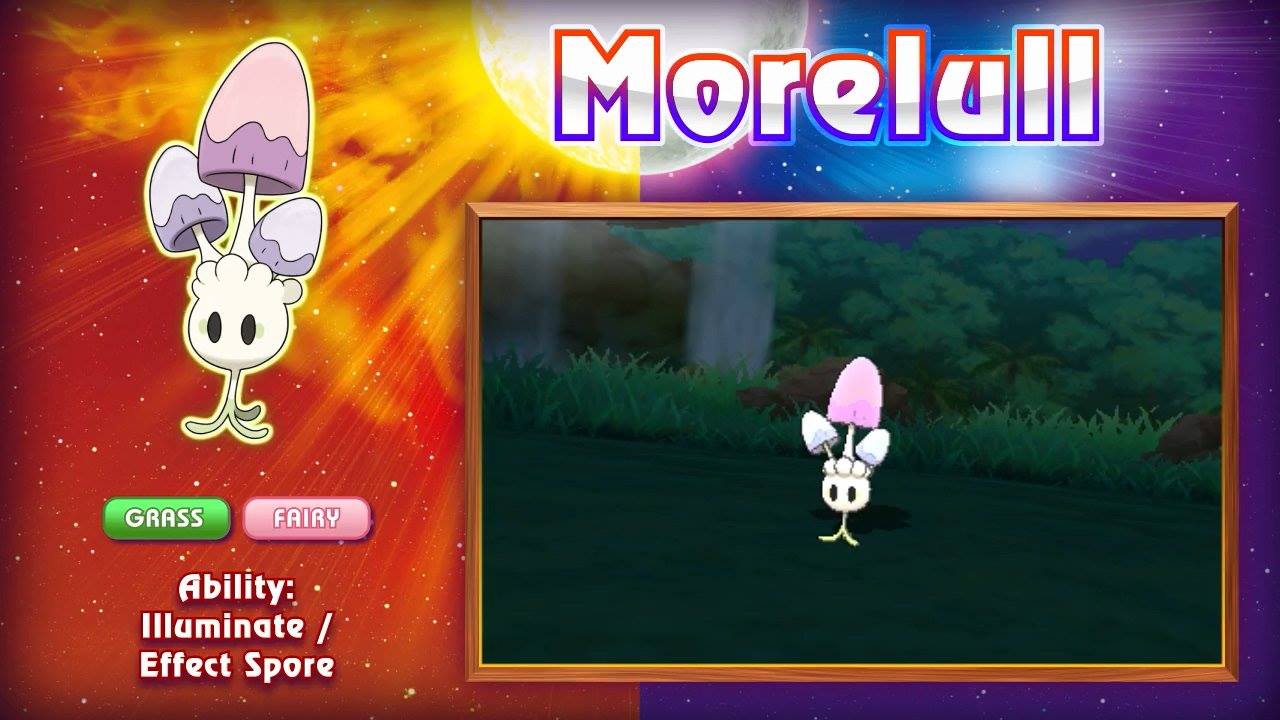 The rest of the video focused on the new bad guy team which is called Team Skull in Sun and Moon. They seem to have a very over the top gangster vibe and kind of remind me of the gang from Chappie if anyone ever saw that. Their theme song sounds like old school ghetto rap music. In some dialogue, Guzma, the Big Boss of Team Skull is shown conversing with the profressor, saying how they were both rejected from becoming Island Captains. 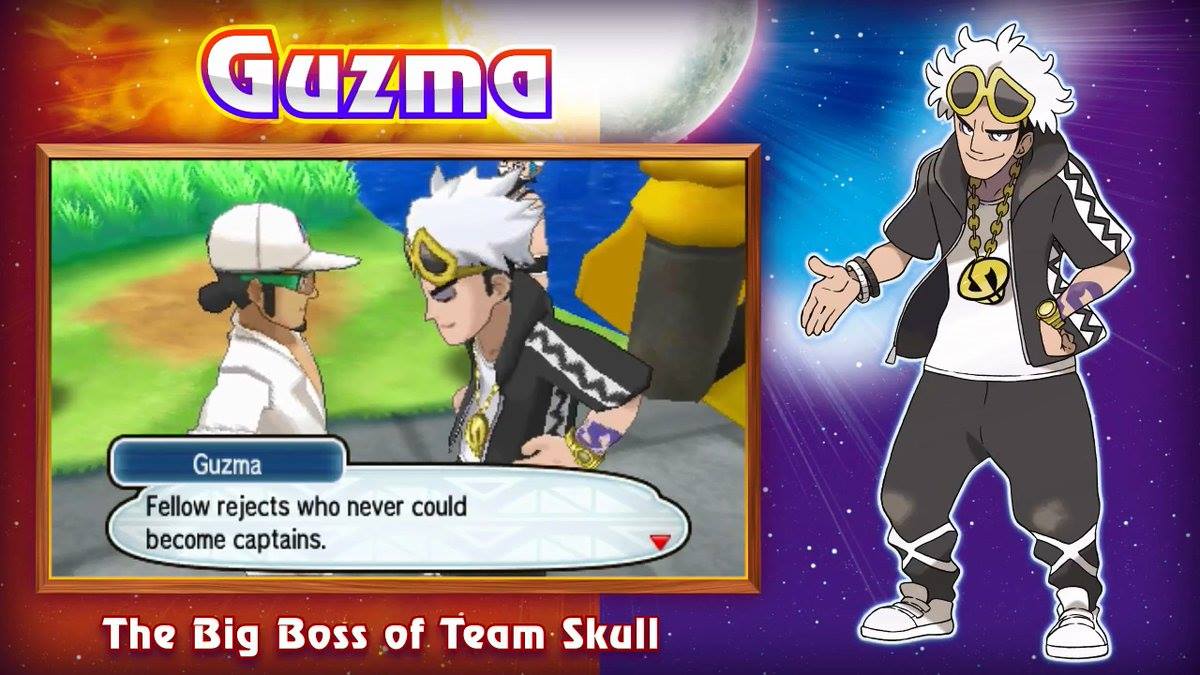 Lastly three new Alola forms were shown. Alola Meowth and Marowak which we knew about from a couple days ago and the all new Alola Raichu! He becomes an Electric/Psychic type and kind of hovers on it’s tail. It’s new ability is called Surge Surfer, which doubles Raichu’s speed when Electric Terrain is active. Seems like the various field effects introduced in X & Y are going to be alot more prominent in battles in Sun & Moon. 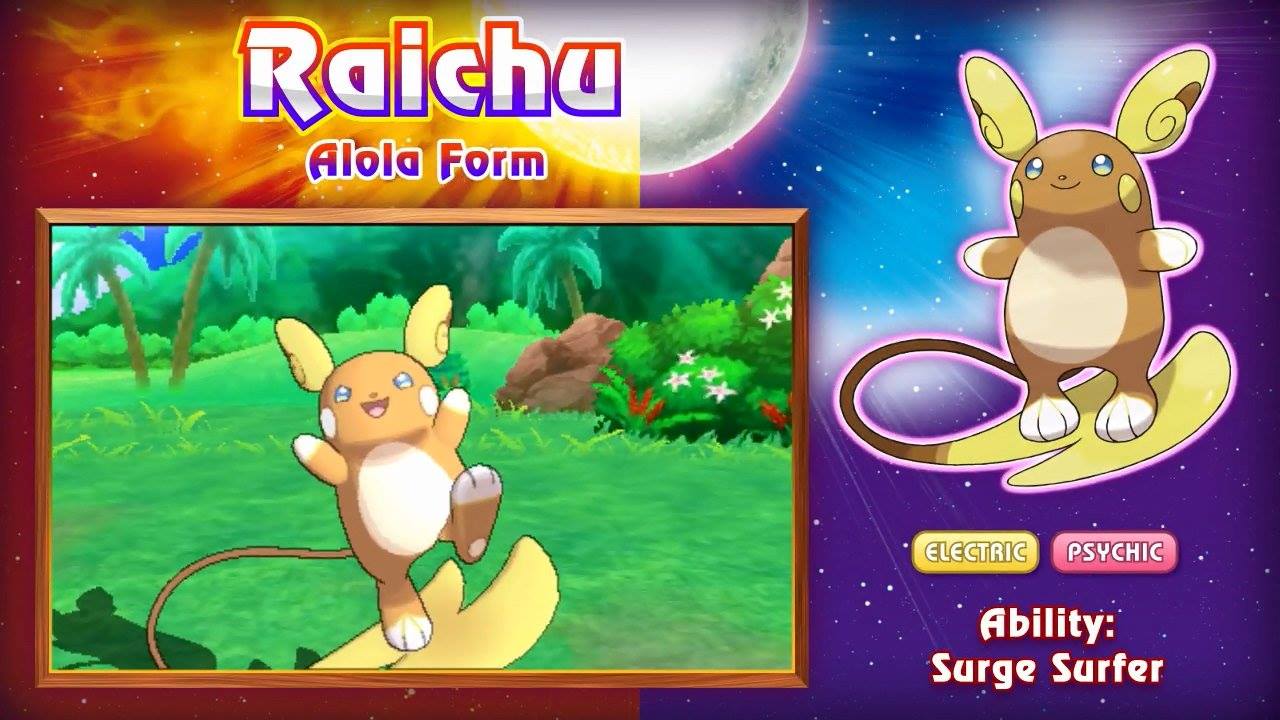 Pokemon Sun and Moon releases on November 18th for the Nintendo 3DS. You can watch the brand new trailer below. 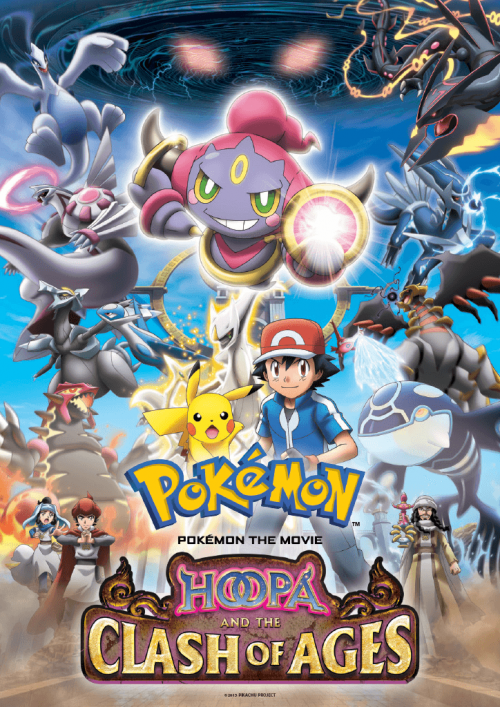 New Pokken Tournament Fighter to be Revealed on January 15th 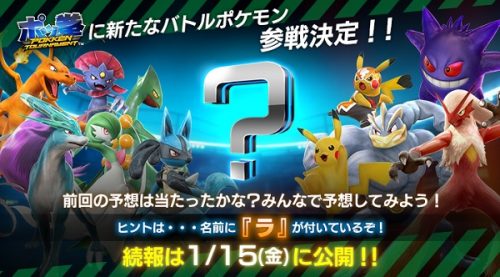