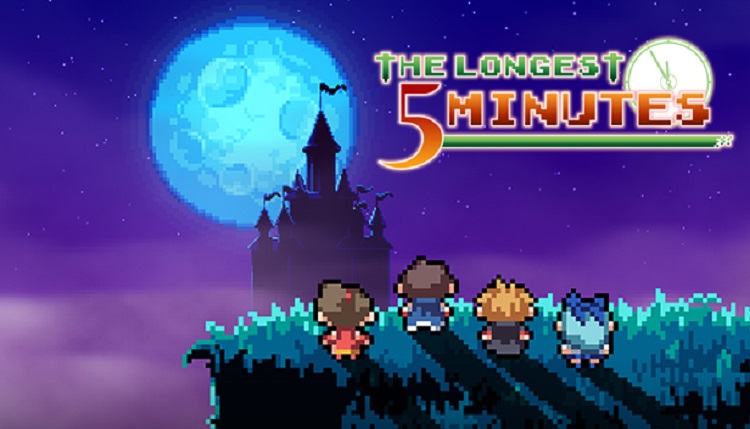 NIS America has announced that they are bringing The Longest Five Minutes by Syupro-DX to North America and Europe sometime in 2017. The company is planning to have the title released on the PS Vita and PC at the same time, and interestingly enough, the game was just released in Japan today.

As for what the game is, The Longest Five Minutes is a game where players are inside the mind of a hero during his final encounter with the evil Overlord. As the story unfolds players will have conversations with your party and the Overlord. As the story unfolds, the conversations you have with your party and the Overlord will unlock memories of the hero’s journey. Each memory plays out in classic 8-bit RPG style, and the outcome of those memories affect your party in their final battle.