Idea Factory International has announced that they are aiming to release MeiQ: Labyrinth of Death digitally and physically for the PS Vita in North America on September 13th and in Europe on September 16th. As previously announced, this first-person dungeon crawling RPG will place players in charge of a party of up to three people at a time that battle against enemies using “Guardian” robots that can be heavily customized to take down your opponents. 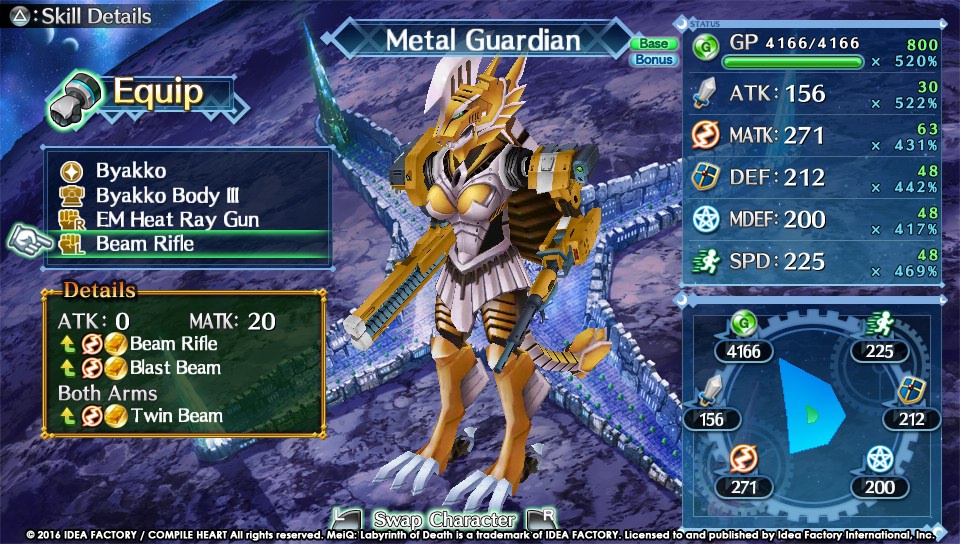 To go along with this announcement the company has also released some new English screenshots for MeiQ: Labyrinth of Death as well as a two minute long trailer that shows off the gameplay and introduces the heroines in the game.