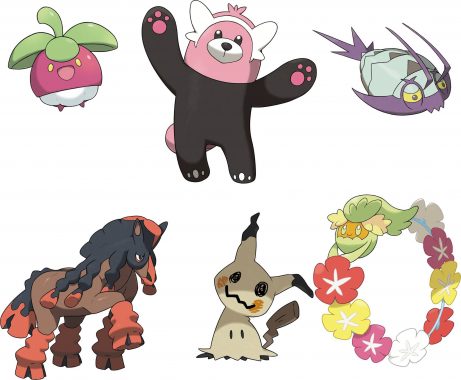 After a huge lack of early information, The Pokemon Company have been spoiling the community with constant updates for Pokemon Sun & Moon. This time around we see four brand new Pokemon and a couple of cool gameplay additions, one of which is likely to have a huge impact on the competitive community. Let’s take a look at the new Pokemon first. 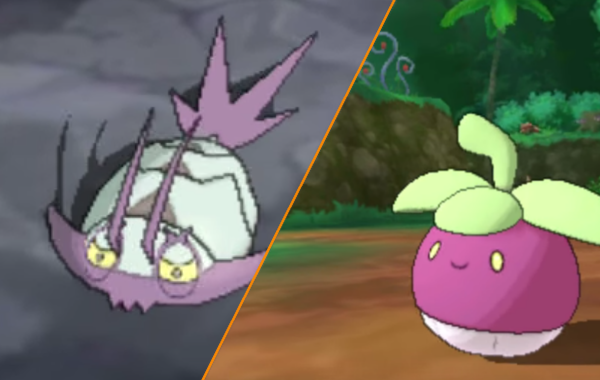 Wimpod is yet another new Bug type Pokemon, this time with an accompanying Water type. It has a brand new ability called Wimp Out which will see the Pokemon run away in the wild or swap out in battle when it’s HP drops below half. It is unclear if Wimpod will evolve. Next up is Bounsweet, a pure Grass type with the old abilities of Leaf Guard and Oblivious. 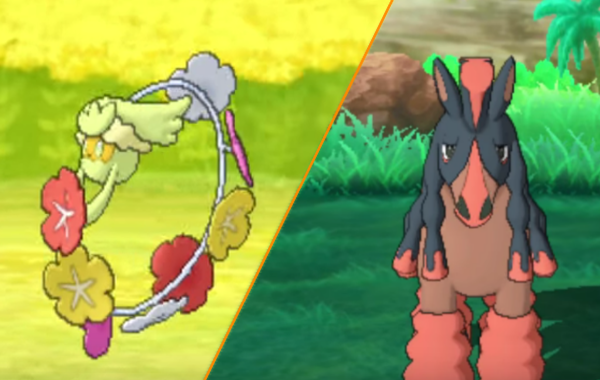 The flower necklace looking Pokemon is called Comfey and is pure Fairy type. It can have the abilities Flower Veil or Triage. The latter is a new ability and gives recovery moves such as Morning Sun or Recover the highest priority in battle meaning they will always go first. Mudsdale is another new Pokemon with a design based on a muddy work horse. It can have the Own Tempo or Stamina abilities. Stamina will increase the Pokemon’s defense each time it is hit by an attack, an ability with great potential. 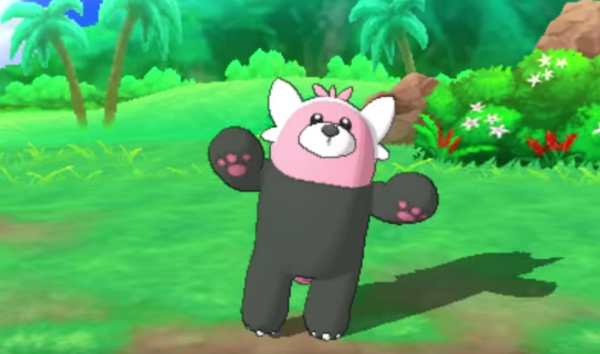 Now we have two Pokemon we have seen before but now have much more information on. The cat/bear Pokemon is officially named Bewear in English, an obvious pun on Bear and how dangerous it is to raise one. It has a new ability called Fluffy which will halve damage from direct contact moves such as Tackle but in return it will take double damage from Fire-Type moves. I suppose that means it would just take regular damage from a move like Fire Punch. 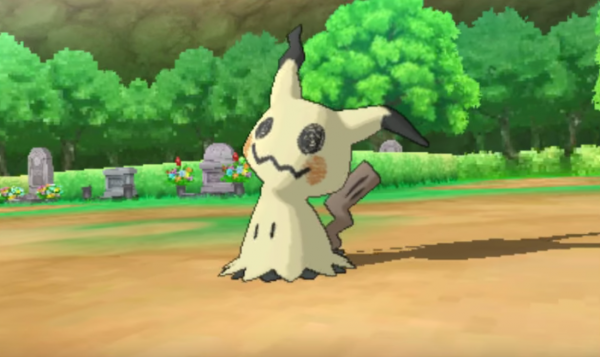 The other Pokemon we already knew about is called Mimikyu, the wannabe Pikachu ghost. It’s ability is called Disguise and allows it to take a full hit without any damage once while it is out in battle. After that it’s costume will break and it will have a broken appearance. My guess is this Pokemon will have average stats to balance out what is essentially a free substitute. 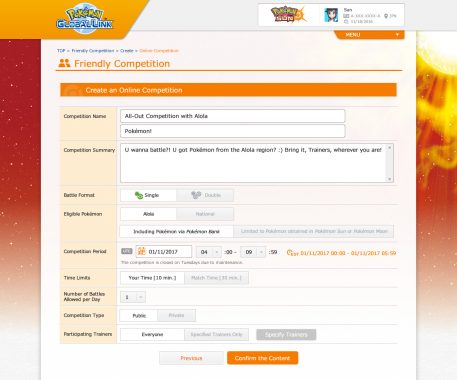 Two new features were also announced today. Pokemon Sun & Moon will allow players to set up custom online tournaments over the Pokemon Global Link. Players can change almost anything about the tournament, from which Pokedex can be used (Alola or National), singles or doubles, battle time, competition length, amount of battles per day, if imported Pokemon from past games can be used, if the tournament is public or private and lastly, if anyone can join or just specified individual trainers. A simple QR code that contains your competitions specific details can be scanned by those who want to compete in your tournament. It should be noted that as a result of all the new features for the Global Link for Pokemon Sun and Moon, Global Link support for all the older Generation 6 games will be ending in late October. Even so, Free Battle, Wonder Trade and the Global Trading Systerm services will remain functional for those games.

To compliment that great addition to organised Pokemon battling, a new mode called Hyper Training has been added. The description on the website is oddly specific, saying that Pokemon at level 100 will be able to increase their ‘individual strengths innate to each Pokémon’. What this seems to be referring to is a Pokemon’s Individual Values or IV’s, which determine each Pokemon’s strength in each stat. 31 is the max number an IV can be and is normally considered a perfect IV. It’s a bit complicated but the simplest way to look at is with an example.

…and after Hyper Training.

These IV’s are normally completely random and generated at the time you obtain the Pokemon, so the ability to alter them to your liking is a huge convenience for competitive Pokemon players and players who get attached to a certain Pokemon and want to see it get stronger. Hyper Training is performed under Mr. Hyper, who will seemingly offer the service in exchange for Bottle Caps which he likes collecting. It is said when the Pokemon Magearna is distributed as a gift it will be holding a Silver Bottle Cap, indicating different types of Bottle Caps will be available. 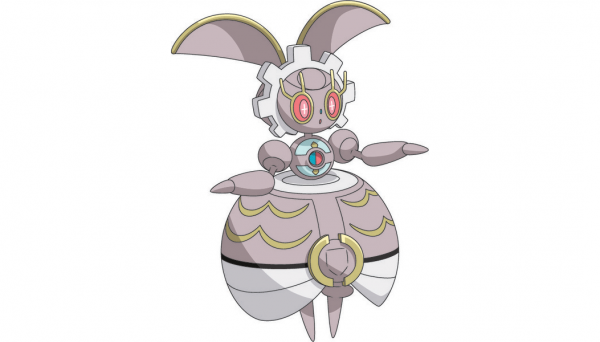 You can watch the new trailer showcasing these new Pokemon in action below and feel free to let us know in the comments what you think about this latest batch of Pokemon designs. Pokemon Sun and Pokemon Moon release on November 18th exclusively for the Nintendo 3DS.

Pokemon Black and White 2 to hit AU in Spring 2012