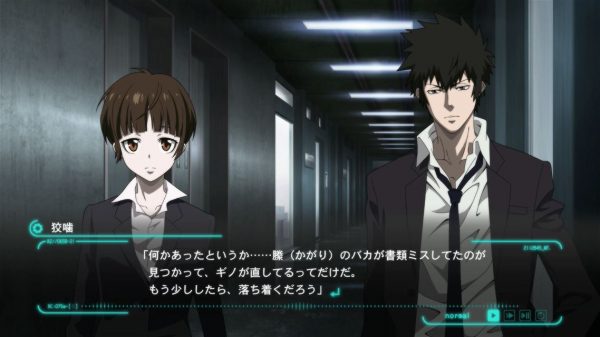 Today NIS America has released an introduction trailer for their upcoming visual novel, Psycho-Pass: Mandatory Happiness, which is based around the recent anime series. This trailer, that you can check out below, focuses on introducing a number of brand new characters as well as a handful of familiar faces for those who saw the first season of the anime.

The video also explains how various decisions made by the player will change the outcome of the story and the way it wraps up. Psycho-Pass: Mandatory Happiness is currently slated to be released in North America on September 13th in North America and on September 16th in Europe for the PlayStation 4 and PS Vita and a PC release is also in the works.