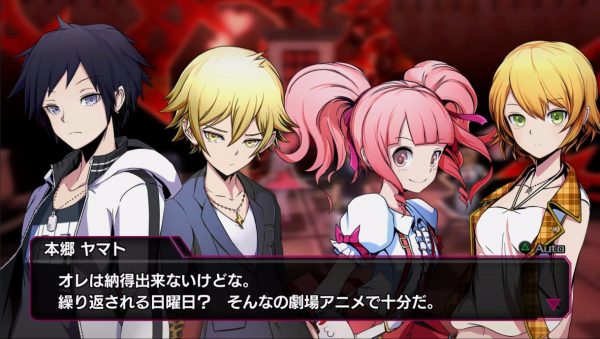 XSEED Games announced last week that they are already planning on bringing the recently announced Akiba’s Beat over to North America for the PlayStation 4 and PS Vita and now the company has released an E3 2016 trailer for the title showing off brand new English footage that hasn’t even been shown off in Japan yet.

You can check out the video below and as for the game’s story, Akiba’s Beat follows Asahi Tachibana, a textbook NEET living in Tokyo’s electronic district of Akihabara, who gets caught in a temporal loop where Sunday repeats each day. Together with six other characters the group must locate “delusions” that have been made real and destroy them in order to restore Akihabara to its natural state.

A full description for the story of the game has been provided by XSEED Games and you can read it below:

NEET: Short for “No Experience, Education, or Training.” Typically considered to be underskilled shut-ins who live by themselves in humble yet comfortable apartments, NEETs are known to mooch off their parents’ good will to play video games and watch anime all day instead of looking for work.

Asahi Tachibana is a textbook NEET, living a lazy, cozy life in Akihabara, the infamous Tokyo suburb renowned for its proliferation of anime and video game merchandise, maid cafes, pop idols, and all other forms of counterculture indulgence. To him, every day is Sunday, and every Sunday is a fun day.

Little does he know, however, that every day is about to become Sunday for real! Caught in a temporal loop, where the day restarts as soon as it ends, Asahi is one of only a chosen few whose memories don’t reset with it. He and his merry band of time-displaced losers must now scour Akihabara for signs of “delusions” – people’s innermost fantasies made manifest, changing the cityscape and the behavior of its citizens alike. It is the duty of this ragtag team (whether they like it or not) to infiltrate and destroy these delusions, restoring the natural order of Akiba in the vain hope that this loop may be their last.

During the course of this increasingly improbably quest, Asahi and his companions will unravel a deep, twisted mystery that blurs the line between the physical world and that of mankind’s innermost desires. Can this band of misfits restore normalcy (or what passes for normalcy) to Akihabara? Or will they succumb to the will of the enigmatic pink-caped man, who seems to be the key to everything…?