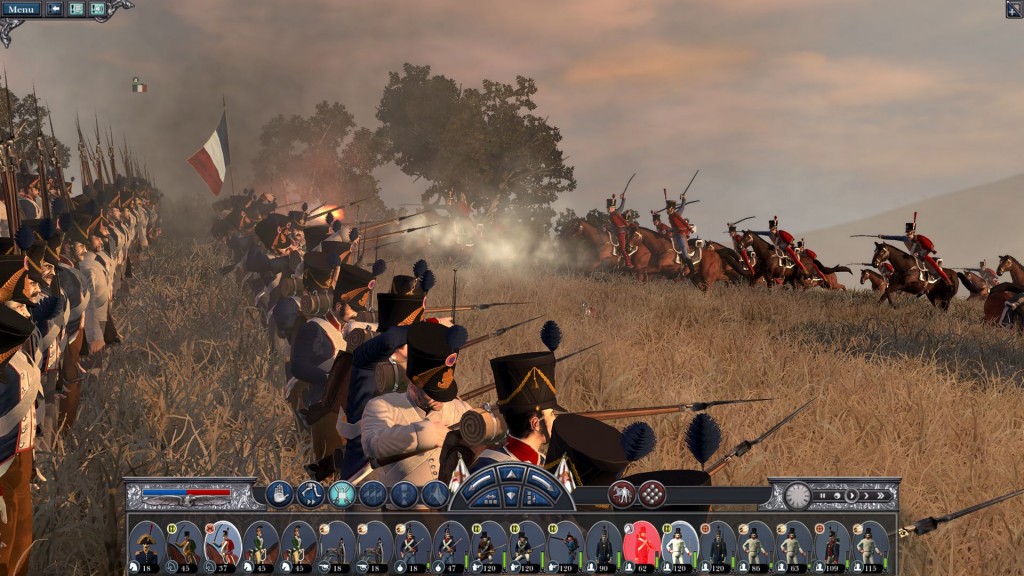 In what is (I hope) a series I’ll continue all the way to the bitter end – complete control of Europe – I bring you, dear readers, the story of Prussia, and it’s story under the rule of an Imperial Psychopath. For those not in the know, Napoleon (and every Total War game since) features an achievement for declaring war on every faction in the first turn, never negotiating a peace treaty, and still going on to win. Not wanting to make life easy for myself, I’m playing with both battle and campaign difficulties set to Hard, and as Prussia. Yes, you read me right: Prussia. Situated in central Europe, literally surrounded by soon-to-be-enemies. No handy geographical barriers to protect my cities – just bayonets and bravery. The story will follow two of my generals, who had the most interesting things happen to them during the campaign (of which I’m halfway through at time of writing). Gebhard von Blucher and Friedrich Ludwig, Prince of Hohenlohe-Ingelfingen. Both were great generals of the time, and while I took liberties with their personalities, it’s all for the greater good of journalistic integrity. I promise.

You can find our review of Sega’s Napoleon Total War here.
Now on with the show! 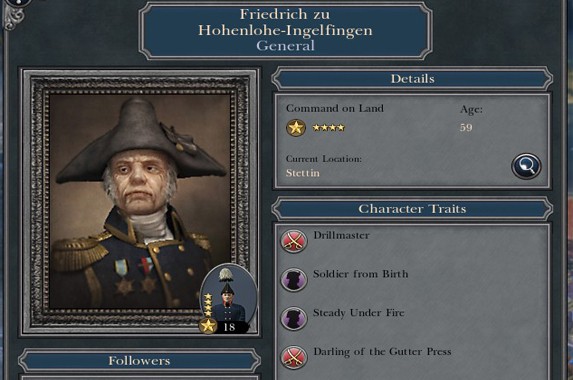 It is a dark morning indeed. King Frederick has doomed us all with his insanity. I know it is treason to speak of ones king like this, but there can be no rational reasoning for what he has done. The fool. He has declared war on the world. Not just the French, who continue to loom menacingly under Napoleon. Not just the Ottomans to the south, and not just one of the many small nations holding lands that are rightfully ours. Everyone. Allies, friends, and less than friends. He has turned the entire world against us. The rich ‘nobles’ of his court have convinced him to follow a path that leads only to suicide. Their hunger for money will be their undoing. This morning I received word that at a diplomat’s ball last night he had every foreign ambassador in the capital executed, and their heads sent back to their respective heads of state.

The man is a psychopath.

I must see to them. Ensure they are adequately prepared to march into this storm with heads held high, shouting defiance to the last breath. 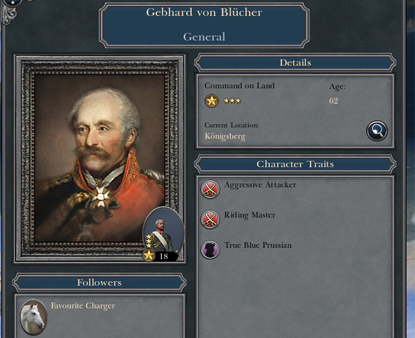 War! At long last Prussia will take it’s rightful place as master of the world. The Reich will know no bounds! This very morning I received word from the capital that our glorious King has thrown caution to the wind and announced to the world his desire for domination. Perhaps he was a little hasty to make his ambition known to every nation at once, but who am I to question his will? The world will be ours. Honour and glory go to those who have the strength to take them.

I now await my orders. I don’t know what mad genius plan my liege has crafted, but I can only assume it will be revealed soon. We will no doubt have to move quickly. I must begin drilling my men immediately.