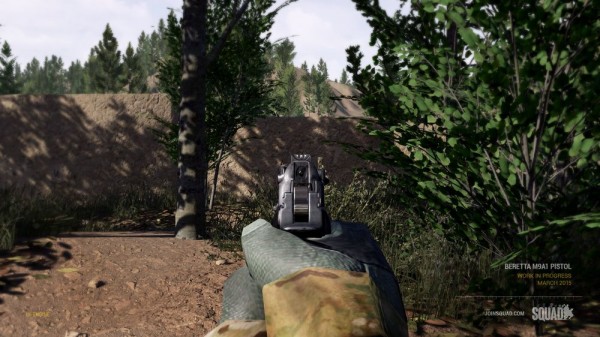 Squad breached Steam Early Access in December, looking to bring its balanced mix of realism and accessibility to the tactical shooter world. It is the highly anticipated spiritual successor to the wildly popular Battlefield 2 mod Project Reality. We were lucky enough to get a chance to sit down with Alastair “Chuc” Sew Hoy, the primary animator at Offworld Industries and one of the founders of Squad, to pick his brain about the game and its future.

What sort of work goes into making Squad as realistic as possible?
It’s a multi-pronged approach from all departments really, there’s the art-side where under advice from our military advisers we ensure that our weapon and player models are accurate to the real thing. Our environment artists and mappers reference and study the locations they are trying to replicate to the detail, working from first hand experiences from people living and having been to those regions. Working off professionally recorded sound packs and his own recordings, our sound designer works miracles trying to create the perfect soundscape, of which has been praised by not only critics but also former combat personnel all of who say that this is probably the closest thing combat would sound like. All in all it’s a healthy mix of the right advisers and extremely talented artists. 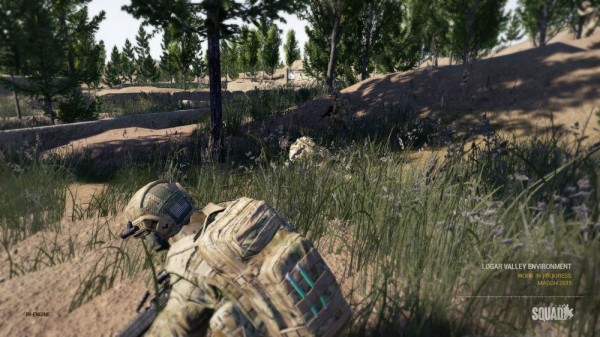 In the real world, the difference in equipment quality of the US Army versus the other three factions featured in Squads is pretty vast. How have you chosen to balance Squad’s game-play while still keeping the factions unique?
We tend to use reality as a starting point, as our factions tend to lend themselves to certain play-styles. Conventional factions like the US Army and Russia favouring defensive positioning and ranged combat with their standard issue optics, while unconventional factions like the Insurgents and Militia leaning towards ambush and close quarter style tactics. At this stage in the game without vehicles, we try to balance things by incorporating a role limitation system. So if we do implement a particular weapon system that can be abused, like a grenade launcher or powerful optics, we simply limit how many are available to players. And this scales depending on how many are on the team, and how many are even in the squad, so naturally the larger your squad the more options and weapon systems are open to you. 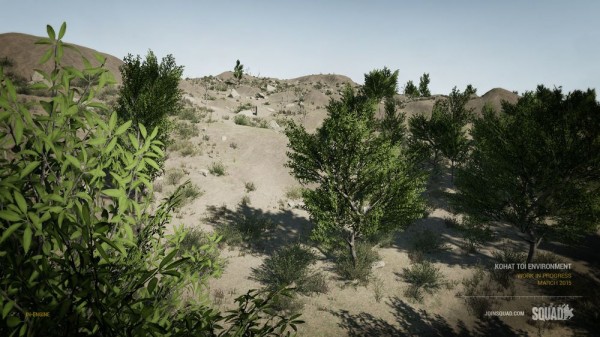 Logistics is going to play a major role in the final game, but it’s usually associated with the dreary essential tasks that keeps a work place rolling. How do you plan on incorporating it into the game in an entertaining manner?
Logistics as we have planned involves physically ferrying players and supplies up to the front and FOBs, where they’re needed. For a lot of our player base a support role like that is incredibly rewarding. Getting supplies up to the front does also make you a potential target for ambushing or certain weapon systems, so in the final implementation of the game you potentially could be running gauntlets of machine-gun or anti-aircraft fire just to deliver some ammo or construction material to squads up in the front lines. For some people that’s their jam. 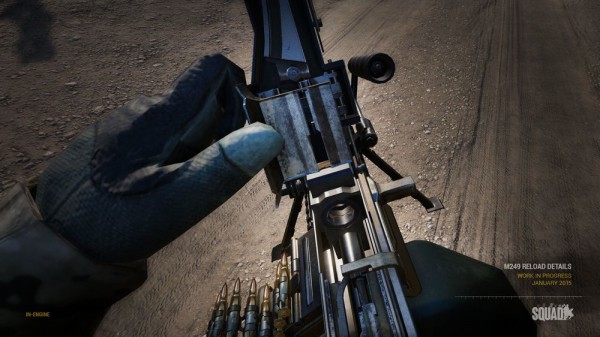 You guys just released the version 4 alpha. Any hints on what the main priorities are for version 5?
Version 5 will be mainly map content focused, as we are still working to overhaul a number of our core systems relating to Animations and vehicles.

Vehicles are on the to-do list, any plans on how you’ll handle rolling out vehicles in the game? Should we expect transportation vehicles first?
Yep, that is the plan. We will be developing weapon systems along with the basic movement of vehicles as well, so expect armed transports and APCs, along side your usual 6-ton trucks when we do roll out vehicles.

The infantry-only alpha has proven to be an incredibly fun experience on its own, any plans for smaller infantry only type maps down the road?
We have the option of downsizing the playable area of any map and creating an infantry-only Skirmish layer on them. We foresee those being a big draw for smaller competitive Clan-style matches, so we will definitely still be acknowledging infantry-only as still being a valid way to experience the game. 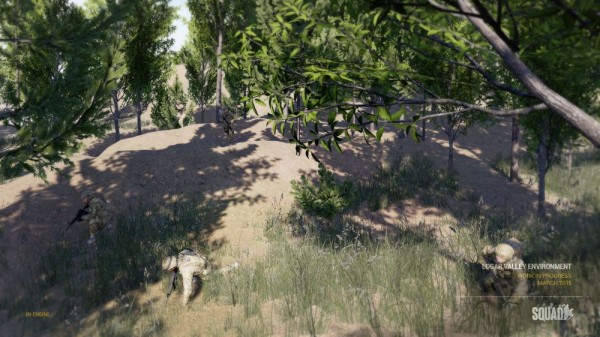 Right now the maps are either set in the Middle East or in European forests. Any plans for other locations like the Arctic?
Our next real hurdle with the mapping and environment teams is extremely dense urban environments, very much like what you see in movies like Black Hawk Down. Creating a new environment set takes months, so we really have to control the scope at which we want to achieve over the development period we have set for ourselves. We have not planned anything outside developing our current biome sets and moving into urban, but when the time comes we will definitely make a lot of noise about it!

When Squad launches, the plan is to support mods. Any plans on how extensively we’ll be able to mod the game?
We will be creating a SDK that will allow modders to access our library of assets and visual scripting and create things like custom maps, game modes and weapons. More info on this will be available when we’re ready, as for the moment our priority is to release our version 1.0 to the public, target date end of 2017. 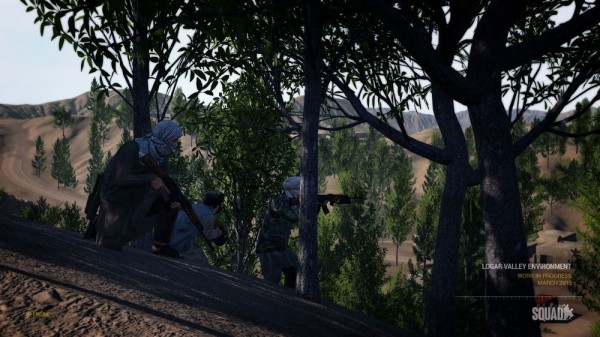 A majority of the developers are former Project Reality team members. How is the transition from modding to working on a full blown retail game?
Originally it was a bit of a bumpy ride trying to get our people used to the idea of this as a full/part time job. In addition there is a much greater emphasis on programming that we never experienced previously while in the modding scene, thus making everyone on the team appreciate so much more the talents and efforts of our programmers to make nearly everything you do in the game possible.

Kickstarter has definitely become a tougher place now that over 100,000 projects have been funded on the platform, including a ton of games. How was the Kickstarter experience for Offworld Industries? Anything you would or wouldn’t do the next time around?
Kickstarter was a great way for us to gauge our market and see who was interested and how much they would be willing to support us by. Definitely this time round with our Kickstarter we were very much under the gun when it came to time, if we had delayed the campaign any further it would have made the lives of a lot of our full-time staff much harder especially when a lot of our efforts up to that point were done completely out-of-pocket. Thankfully the campaign was a resounding success and if we do run another campaign for another project, we would ensure that our base product was a bit more feature rich and demonstrative of what the game is.

Squad is out now for Windows on Steam Early Access.