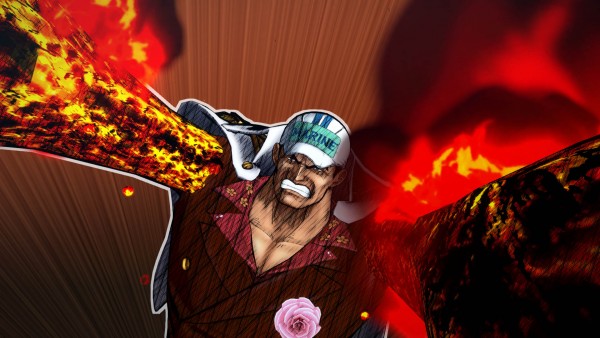 Bandai Namco has released a large batch of new screenshots for One Piece: Burning Blood and with it comes our first look at the recently revealed captain characters Aokiji, Akainu, and Kizaru as well as a bunch of newly added characters in the form of Bartholomew Kuma, Dracule Mihawk, Geko Moriah, and Sengoku the Buddha.

Stages such as Marineford Bay and Oris Plaza and the user interface for the game’s story mode are also shown off. The single player story mode, called “Paramount War,” allows players to experience One Piece‘s Marineford Arc from a completely new perspective as it features four campaign episodes featuring Monkey D. Luffy, Whitebeard, Portgas D. Ace, and Akainu, each with their own series of iconic battles and beautiful cut scenes.