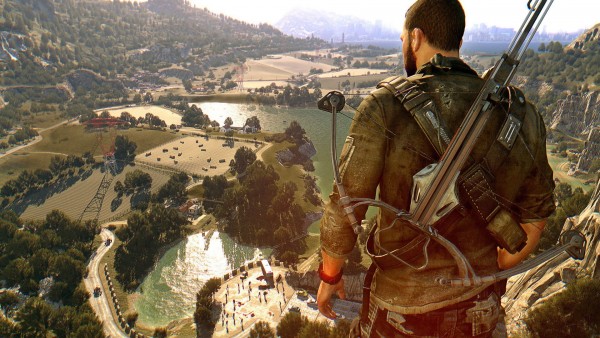 Dying Light: The Following – Enhanced Edition has hit the shelves for PlayStation 4, Xbox One, Linux, and Windows. The updated retail version of the game includes the Dying Light Season Pass, Dying Light: The Following expansion pack, all released DLCs, and the base game. Techland has done some major retooling behind the scenes by improving gameplay and performance of the base game. New gameplay improvements to note include the Nightmare Mode difficulty, Legend Levels, and the new Bounty system. The enhancements are available for all previous owners of Dying Light as part of a free update.

Owners of Dying Light can grab a copy of Dying Light: The Following on its own or as part of the Season Pass. The expansion is set outside the Harran quarintine zone. The outback is filled with zombies and distrustful locals scattered across great distances of wildlife. The all new dune buggy will be Kyle Crane’s best bet for traversing the outback, with its customizable weapons, attachments, decals, and paint jobs.

Mad Riders from Ubisoft, looking awesome and coming to a network near you