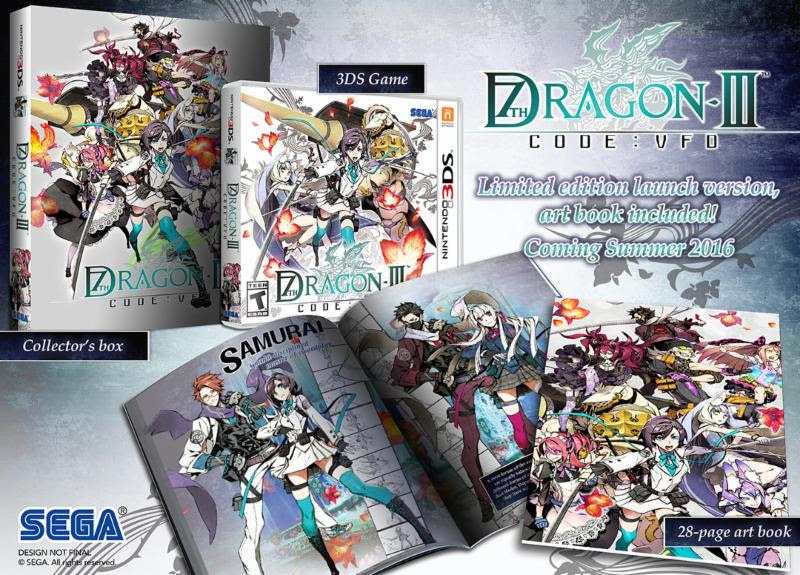 Sega has announced that anyone who pre-orders or picks up a launch copy of 7th Dragon III Code: VFD will net themselves a nifty twenty-eight page art book. The art book features a number of illustrations that will give players a closer look at the designs that are used in the game for various character classes, dragons, monsters, and the environments they’ll be exploring while traveling through time.

Thanks to this inclusion the title will also come in a collector’s box to contain the art book and the game case. Currently 7th Dragon III Code: VFD is set to be released in North America sometime this summer.