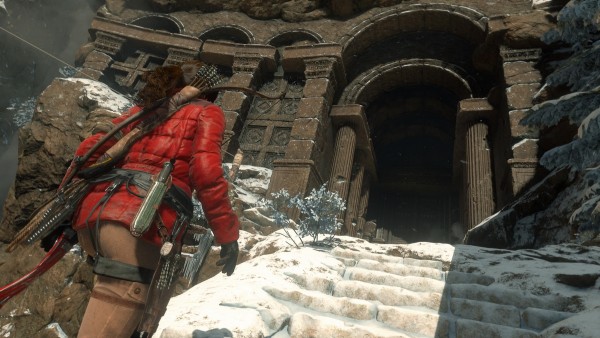 It looks like the timed exclusivity for Rise of the Tomb Raider is going to last a few months as Square Enix and Crystal Dynamics have announced that the game will be released for PC on January 28th. The PC release of the game will support 4K resolution and will be available as a digital download through Steam and many other online retailers with the standard edition priced at $59.99 and a “Digital Deluxe Edition” that includes the game’s season pass priced at $89.99. 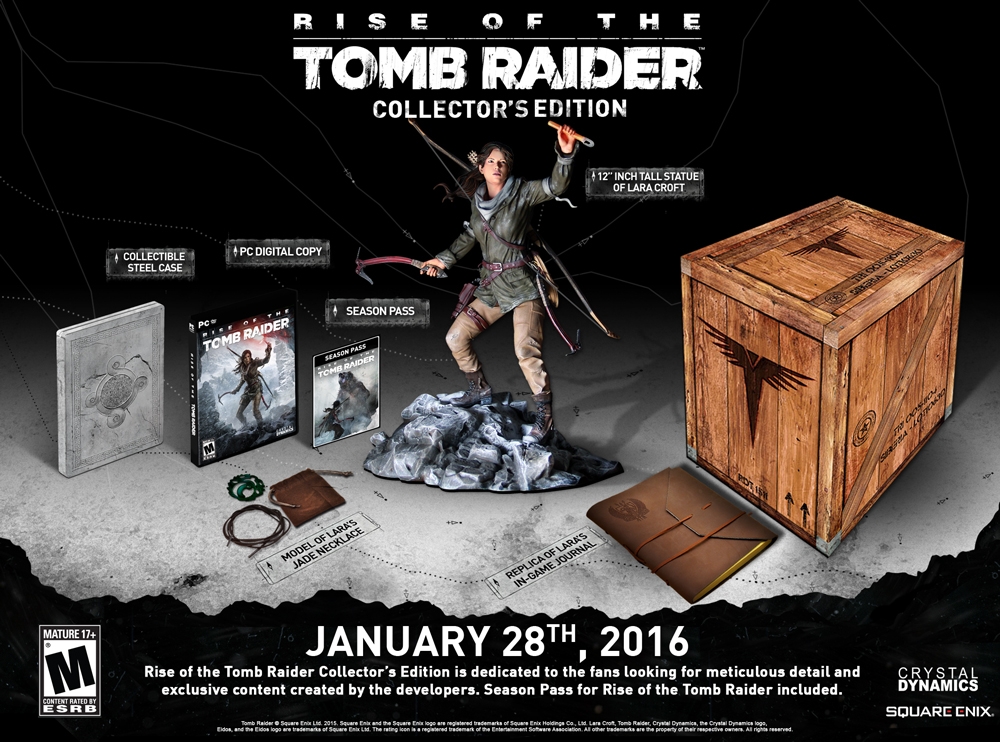 Those who want to opt for a real special version of the game can pre-order a Collector’s Edition through Square Enix’s e-store for $149.99 where they will be given the Digital Deluxe version of the game, a 12 inch Lara Croft statue, a replica of both Lara’s journal and her necklace, and finally a steel case. Currently the upcoming PlayStation 4 version of the game has not been given a release date.