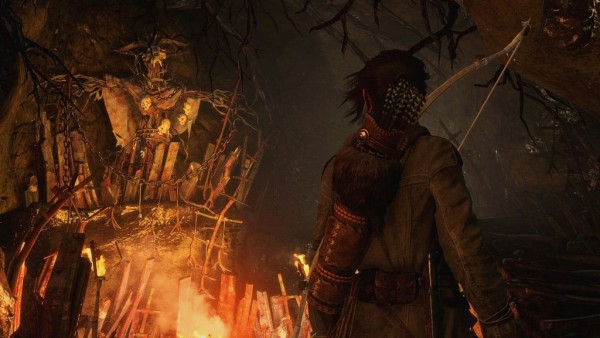 With Rise of the Tomb Raider hitting store shelves for the Xbox One and Xbox 360 in early November, fans of the series have been wondering what type of story DLC would be coming to the game in the future. Well during The Game Awards 2015 pre-show Square Enix decided to give these fans a taste of what they can expect by announcing Rise of the Tomb Raider ‘Baba Yaga: The Temple of the Witch‘ DLC with a trailer.

Baba Yaga: The Temple of the Witch has not been given an exact release date yet, other than early in 2016, but it will be included in the season pass for the Xbox One and Xbox 360 versions of the game. The DLC will add hours of new gameplay and expand the storyline as Lara faces off against deadly new adversaries, explores a new puzzle filled tomb, and solve a decades old mystery that all culminates in a showdown with an ancient evil.