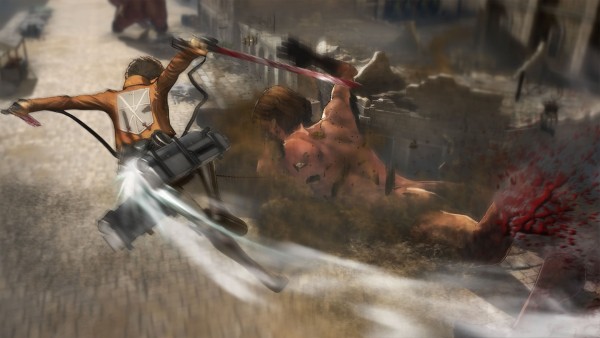 A new trio of gameplay videos for the Attack on Titan game currently being developed by Omega Force and published by Koei Tecmo have been released and each of the three have a certain focus to them. The first of which shows off basic gameplay such as moving around the city, interacting with fellow soldiers, and basic combat against Titans and how to target their weakspots.

The second video focuses more on how to link up with other units in the game and co-operate with them in order to target and take down Titans with a little more ease as it appears that players can give commands to those who are following them. Finally we have a video that shows off how the game looks when everything is put together in advanced gameplay.