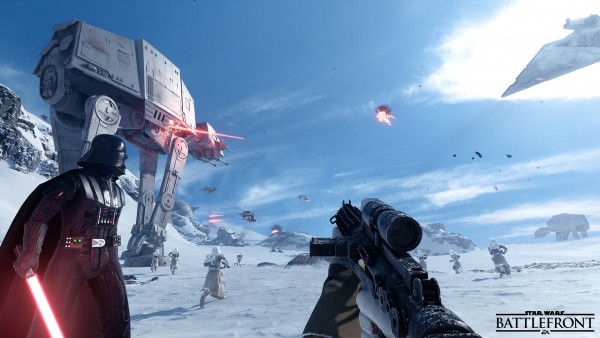 As a long time fan of Star Wars and the Battlefront franchise, you wouldn’t need to be attuned to the force to guess that I would be very interested in trying my hand at EA Dice’s newest installment in the series; Star War Battlefront. If you’ve never played a Battlefront game before it can best be best described as a tactical first-person shooter within the Star Wars universe… basically, think Battlefield on Tatooine/Hoth/Endor and you won’t be too far from the mark. After playing the game at EB Expo this year, I give you my insights:

The action in Battlefront is fast-paced. The map being showcased at the expo was Hoth (the icy snow planet from Empire Strikes Back) and I died frequently as I fought across its icy trenches. The map felt huge and there was plenty of space for to flank unsuspecting opponents or (as was more often the case for me) being flanked. Death wasn’t too much of an impediment though as you’d respawn quickly and fairly close to the frontline. Movement is fairly fast and largely what I expect from a modern shooter with the stamina bar of the previous Battlefront not making a reappearance. Everyone also has a jetpack which definitely helps with traversal.

The battlefield objectives added an extra element of strategic play to the mix as the teams (rebels vs imperials) gunned each other down in the snow. In this case, the Imperial side needed to escort their AT-AT walkers to blow up rebel shield generators across the map while the rebels needed to stop them. The rebels had nodes scattered across the map that they would need to activate and hold to call in Y-wing reinforcements to damage the shielding on the AT-ATs which would then be vulnerable for a limited amount of time to direct attack by the players. Depending on how successful they were, more would be called in and the AT-ATs would be vulnerable for longer.

This scenario was certainly a lot of fun to play and it certainly got that Battlefront itch that I’ve been missing for a while now. That being said, there were a couple of issues I encountered with some aspects of the game. Entering into turrets and vehicles can sometimes put you into a third-person view which can be difficult to use especially when firing over a ridge/other terrain as you cannot really judge when you’ll be firing at a target or at the ground. The lack of iron sights was slightly annoying as well as when I was playing rebels, the default loadout did not provide me with a scoped weapon while the Imperials did. I don’t imagine this would be too much of a problem if you have time to alter your loadout however… 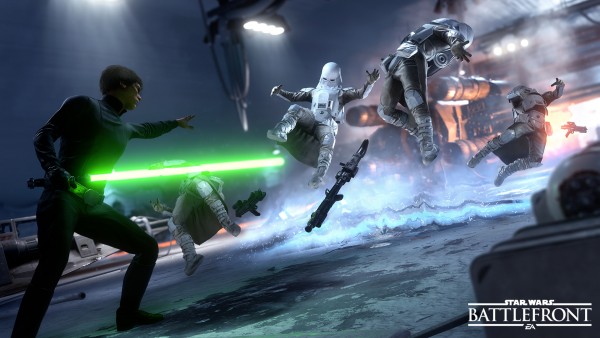 Overall, I enjoyed the (limited) Battlefront experience I had at EB Expo and I look forward to the Beta in a couple of days. The Beta will be released on the 8th of October and will end on the 12th of October. It will feature the Walker Assault scenario I played as well as two other game modes and can be obtained through EA’s Origin service. The full game will be released on November 17th for PC, PS4, and Xbox Oneand you can buy it here. 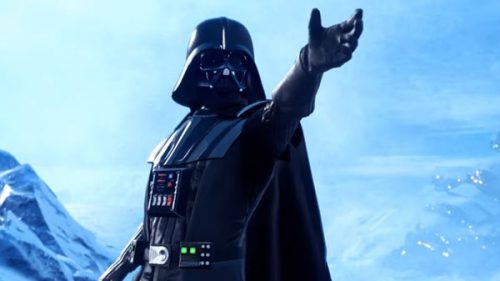