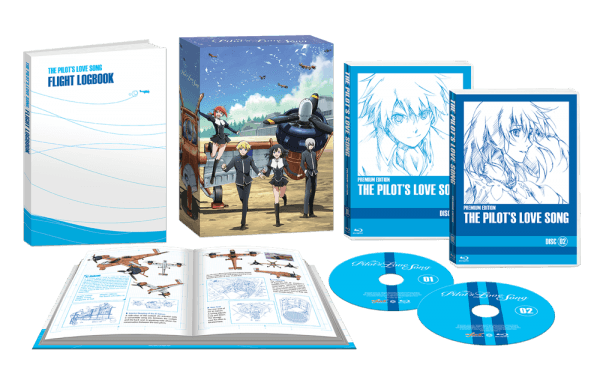 The Pilot’s Love Song Premium Edition is currently available for pre-order from NIS America‘s online store where it is priced at $51.99. As for the release, the thirteen episode series will be presented on two Blu-ray discs featuring the original Japanese voice track with English subtitles and this premium release comes with a hardcover slipcase and a 64 page hardcover art book.