Hanabee Entertainment recently announced that they will be releasing The Irregular at Magic High School on DVD and Blu-ray in Australia on August 13, 2015. The sets will feature seven episodes in Japanese with English subtitles across two discs.

Animated by Madhouse, the series premiered in Japan in April 2014 and ran for 26 episodes. There is currently no information available about on-disc extras for the releases. Hanabee describes the series as follows:

The year is 2095 and magic has been scientifically broken down to highly advanced technology. Users are known as “magic technicians” and are highly valuable individuals in every country for their power and potential. For the Shiba siblings, Tatsuya and Miyuki, they have just been accepted into the prestigious First Affiliated High School and quickly on their way to becoming well respected magic technicians.

But when Miyuki is accepted into the well respected first course and Tatsuya is relegated into the second course for his lack of practical magic skill, a divide may quickly come between the pair.

Part 1 can be pre-ordered from Hanabee’s website here. It has a suggested retail price of $59.99 AUD. The official cover art is featured below. 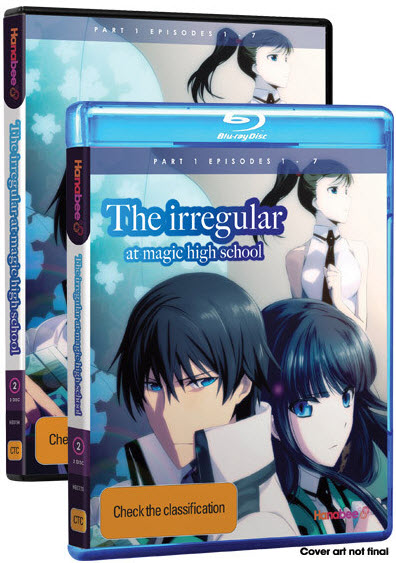