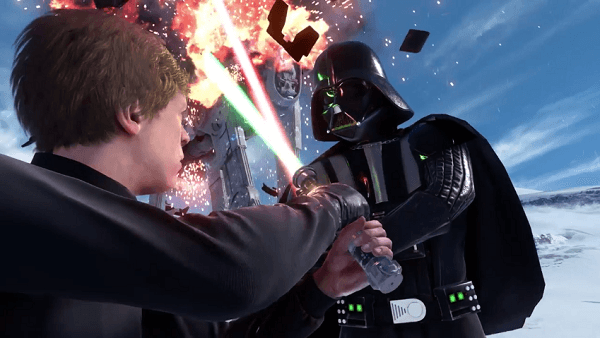 At the end of their E3 2015 press conference EA mercifully gave those who stuck around a little reward by debuting the first gameplay footage of Star Wars Battlefront. This footage was set on the planet of Hoth during the “Walker Assault” mode.

As the Empire, you must accompany AT-AT walkers as they march towards the Rebel base to destroy it. And as a Rebel, you must do everything you can to stop them. It was also revealed that Star Wars Battlefront will offer split-screen co-op with AI and one on one battles so you can play with friends however you like. You can check out the gameplay trailer below and as for the game, Star Wars Battlefront is currently set to be released on the PC, PS4, and Xbox One on November 17th.