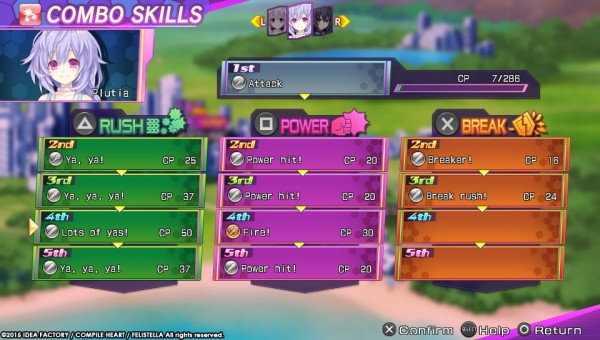 While we already know that Hyperdimension Neptunia Re;Birth3: V Generation for the PS Vita will feature all of the DLC released for the PlayStation 3 version of the game as well as some new scenarios for players to experience and some extra storyline to explore, recently Idea Factory International released a new batch of screenshots for the title showing off a few of the newer features in the game.

As you can see in the screenshots below, this includes a redesigned menu screen, the ability to sort items in shops, take advantage of the Stella’s Dungeon minigame, and of course being able to make use of a fifth combo slot.