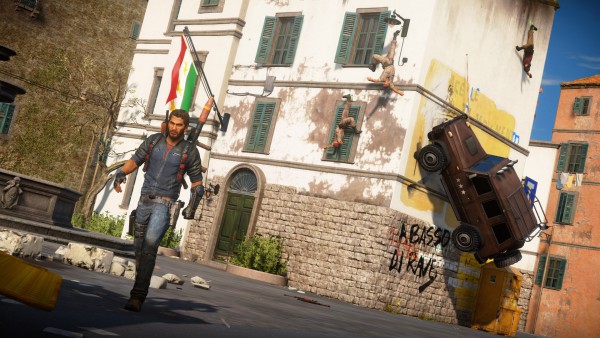 Square Enix kicked off their E3 2015 press conference earlier today by announcing that Just Cause 3 would be released on the PlayStation 4, Xbox One, and PC on December 1st this year. The company then went on to show five minutes of gameplay footage where they revealed that in Just Cause 3 players will be able to make use of an updated grappling hook that allows the player to control the tension of the rope and even manually retract it if necessary.

You can check out the explosion filled gameplay trailer for Just Cause 3 below for where the company shows off the “the biggest, most explosive, open world sandbox in gaming.”