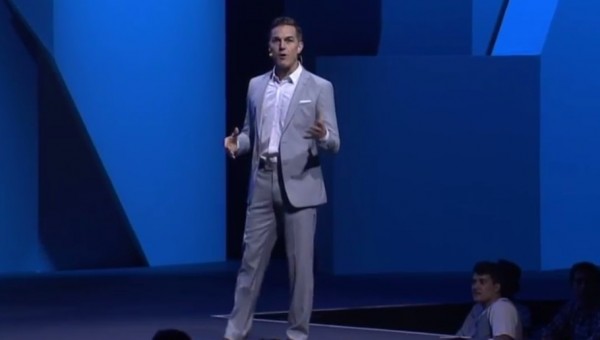 Welcome to Capsule Computers live (or semi-live) recap of events with the 2015 E3 showing for EA. Below are the announcements as they occur, laced in some opinion as needed of course, so let’s get to it!

Right off the bat, Mass Effect: Andromeda is announced. That is quite a big way to start. There is a Holiday 2016 date as well, but the trailer doesn’t show much. This will be one of those trailers that people break down and hunt for clues on later, as it shows a few maps, planets, and so on. I will have to do some investigating myself later.

A talking suit comes out to get the show started, promising new IPs “unlike anything you would expect”, which then rolls into Need for Speed. I suppose the trailer looked good, but it did leave a bit to be desired as the guy who spoke afterwards hyped it up to be much bigger than what we saw in the clip. “The richest customization ever” should keep Need for Speed fans happy though. November 3rd everyone, because there is nothing coming out that month.

Also, what is with this newsticker showing times of announcements? EA, you’re not the Grammy’s.

Now we have Joe Dirt’s cousin and some female making no sense as we look at more Need for Speed and its customization options. We learned how colors change in this clip. From red to redder. Now we have official gameplay and the graphics are well done, but its basically Need for Speed with twitter capability (who checks Twitter in their car while racing?).

Star Wars: The Old Republic is on stage. I haven’t heard that name in a good while. A new expansion is coming with new stories that have that “rich, Bioware storytelling”. Knights of the Fallen Empire is due out October 15th and is more than welcome. Good to see EA didn’t give up on it. 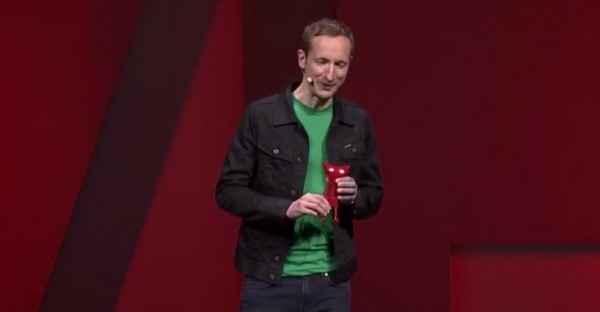 Next up are the two original IPs, and I am kind of curious. Enter Unravel. So far we see an image of a yarn cat named…Yarny. This game was crafted to be deeper than your typical game, and is a puzzle/platformer. Unravel sounds interesting and I am listening but the guy on stage is shaking like a leaf. Buddy, if you blow this – your studio gets to visit that big Maxis in the sky. The trailer is shown and color me impressed. This game has a wonderful soundtrack and looks like a ton of fun.

Go ahead give it a watch: 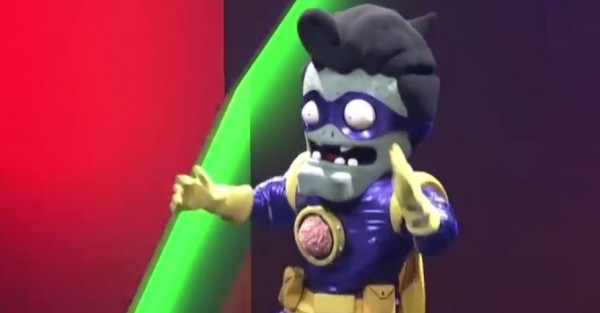 Back to business, Plants vs Zombies: Garden Warfare 2 is being detailed, explaining the plants are on the attack this time around. There is an evil villain attempting to build Zomburbia, and while the plants attacking the zombies is a bit odd, the story is slightly charming in a weird way.

Graveyard Ops is a new four-player co-op mode, and the Imp is detailed – showing off his chaotic stylings. SuperBrainz is a new melee class for the zombies, while Captain Deadbeard is a sniper class. Z-Mechs are also available for large enemy battles. The game looks well constructed and a lot like the first installment, but that really isn’t a bad thing. New Solo modes and split-screen have been added due to demand, and the “Free Content Updates” have me curious as EA and free are not words you typically use in a sentence together. Take a look at the newly revealed gameplay to see everything in action:

Oh boy, NHL 16. Its hockey. I don’t know what to say except I enjoyed Mutant League Hockey. The standard sports titles are shown off, and it seems NBA Live 16 is out next. 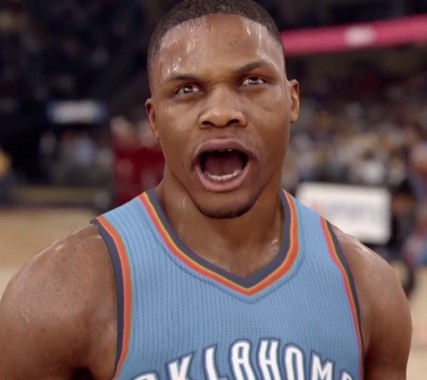 Yep, EA are not giving up on this NBA property. The face scan feature is being tested – and Hoop Gawd (yes that is his moniker) is demoing the product. September 29th the game releases, and Game Face HD launches beforehand for mobile to allow players to easily scan their faces. You also up your swag from what EA tell us when you play the game, so there’s that. I love how they are talking about features that have been around since the Genesis, acting like it is new just because the last NBA title was a mess.

EA Mobile is talking. 400,000 hours of gameplay. Apple Watch. That image above covers the conversation. Star Wars: Galaxy of Heroes was also announced with tons of characters that reek of micro-transactions, and Minions Paradise is also announced. Sigh. Yes, EA are cashing in on Minions now. The crowd is so quiet. I really hate these types of games, and I dislike this guy trying to talk about shenanigans that Minions get into. I am sorry, dear reader. I just careth not. 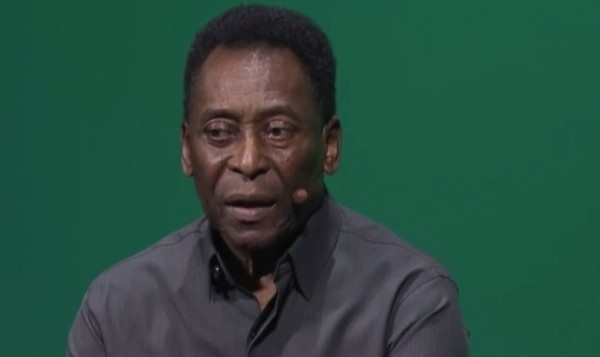 Now we have FIFA. Here is a very trailery trailer for FIFA 16. Out comes Pelé and the fans love their celebrity guest. He tells a story and we hear about moments as the EA rep tries to craft his stories into a promotion for FIFA 16. He seems nice, but this is rather boring and the rep gets him out of there after too much talking happens. I guess it is worth stating that female players are now in the game.

and HOW IS PELE STILL TALKING! 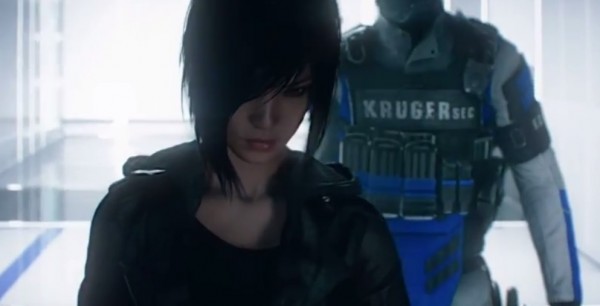 The crowd cheers for Sara Jansen who is out to speak about Mirrors Edge: Catalyst. We finally see a bit of gameplay and get a look at the setting – with Gabriel Kruger being named as the main antagonist. There are also no levels, loading screens, or stops that are man-made. I can easily say that is a big deal and the highlight of this presentation. This trailer is also fantastic. February 23rd folks, mark that date!

Robert Flores is out speaking about Madden 16, explaining how the fantasy mode will be tied into the game. Its Madden and it has a lot of fluff right now due to the drawn out explanations, but I assure you, its Madden.

What is better than Peter Moore? Peter Moore of course. He is out speaking about Star Wars: Battlefront. Frostbite, Frostbite, Battlefront, Frostbite. And now for the lovely Sigurlina Ingvarsdottir  to take the stage to talk about the game itself (no disrespect to her dialogue but she sounds so bored). After a lot of stills, we finally get to see the game itself. Actual multiplayer (as if there is another mode) for Battlefront). This is Battlefield.

I hate to sound negative, but I lived Battlefront I and II for years, and aside from the scenery and models, it seems like Battlefield. I am not saying its bad, I am just saying it doesn’t fit its namesake. It is Star Wars, but Battlefront? Eh, we shall see.

That is it! Not the worst show ever, just a very boring show with only a few highlights. November might have become an easier month on the EA front, but with Gamescom coming, we might be able to see better clips and coverage from EA.

Worst of Show: Pele being shoved off the stage, The entire mobile section, and honestly – the Star Wars: Battlefront clip (remember folks, this is just my opinion).

New Star Wars App Takes you to a Galaxy Far, Far Away