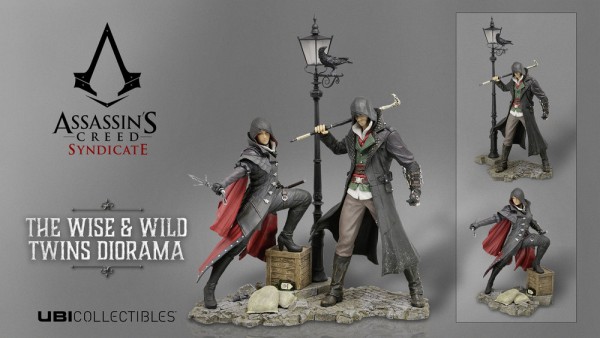 UbiCollectibles will be releasing two figurines. One is of Jacob Frye ready to brawl with his cane sword and gauntlet. The other is of Jacob’s twin sister Evie sporting her gauntlet and a a dagger that looks very much like a Japanese sai. The figures can be connected together to form a single diorama and come packed with a special lithography. They will be launched in the UK in October 2015. 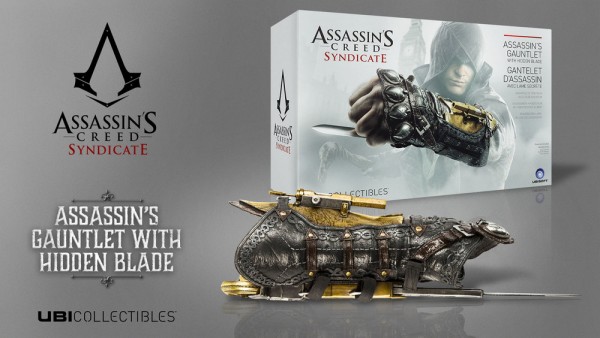 Ubisoft will be releasing a full coloured art book entitled The Art of Assassin’s Creed Syndicate. 500 special edition copies will be released with a slipcase and exclusive concept art prints signed by the artists. 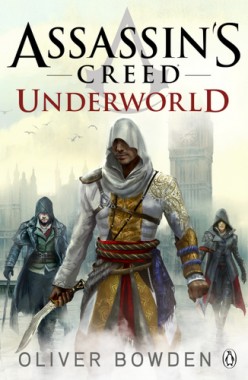