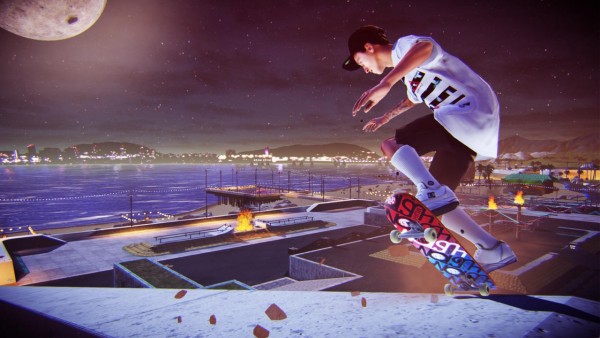 Activision can be an odd duck sometimes. One minute they’re milking a franchise, and other times they are reviving one that was killed due to over-saturation. It is hard to tell what the big publisher will do next, and just as shocking as the news was for a new Guitar Hero was, we now have an announcement for Tony Hawk’s Pro Skater 5 for the PS4, Xbox One, and PC….and even the Xbox 360.

Tony and his gang need no introduction to gamers as the franchise became a mainstay for years, until RIDE and SHRED kind of blew up in the faces of everyone. Tony Hawk’s Pro Skater 5 looks to bring the hit series back home with the gameplay everyone remembers. Take a look at the official press release:

Tony Hawk’s Pro Skater 5 rekindles the signature style of classic Pro Skater games in a brand-new set of levels with the same infamous focus on daring objectives, fine-tuned controls and high-score tricks – including manuals and reverts – for endless shredding. New items like power-ups and projectiles change up the core skating experience in a variety of fresh and entertaining ways. Tear up the pavement as one of today’s top pros, including Tony Hawk, Nyjah Huston, Riley Hawk, Aaron “Jaws” Homoki, Ishod Wair, Leticia Bufoni, Chris Cole, David Gonzalez, Andrew Reynolds, and Lizzie Armanto – or customise your own character.

Online multiplayer is where Tony Hawk’s Pro Skater 5 truly takes off, letting players drop in and out of online skate sessions with friends and challengers from around the world for the first time. Complete missions, unlock new content and level up online or offline, or go head-to-head on the fly against all takers in competitive matches. Players can also build their own imaginative skateparks to share with the community.

It sounds fine, and I am sure we will see more at E3. I can however smell a stinky season pass from a mile away, but hey, at least this announcement didn’t come with DLC straight out the gate (looking at you WB Games), so good on Acti for allowing the product to shine.