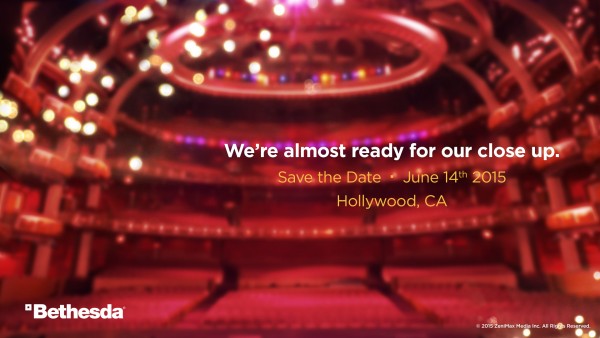 It looks like Bethesda is going to make a big deal at E3 this year. I say that because the company has announced that they will be hosting their own E3 press conference for the first time ever. The press conference will be held in Hollywood, California on June 14th while E3 itself begins on June 16th and runs through June 18th.

The company has said they will reveal more details about how fans can possibly attend in the next few months but they have also assured fans that the event will be streamed on Twitch for everyone to see. Considering what Bethesda is currently working with and has worked on in the past, there is a good chance that DOOM might be shown off and we may even see the announcements of Dishonored 2, Fallout 4, some type of expansion for The Elder Scrolls Online, or perhaps something entirely new.

Learn about the inception of Dishonored from the dev team themselves