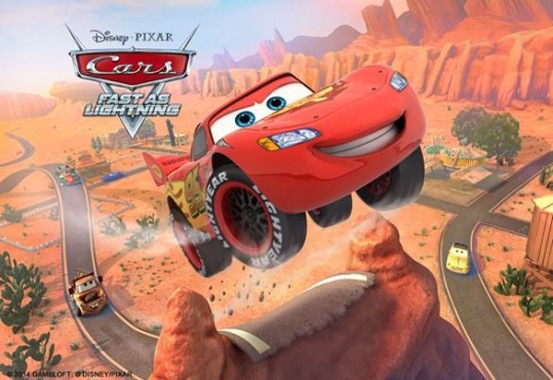 Cars is still one of Disney’s highest selling film franchises (seriously, you should check the amount of Cars merch that still gets sold) and now the House of Mouse have teamed up with Gameloft; one of the world’s leading mobile game developers for a brand new racing title set in the Cars universe – Cars: Fast as Lightning.

The game put players in control of a massive amount of Cars characters as they compete against the computer and one another in super-fast races. Also Owen Wilson has reprised his role as Lightning McQueen specifically for the game! As a special treat we even have a short trailer below for you to check out the game in action.

Cars: Fast as Lightning is available for a free download now via iTunes and Google Play, and will be coming soon on Windows Phone (still currently unavailable, but link will update when the game goes live). Will you be checking out Cars: Fast as Lightning, or do you prefer your Cars games on console? Let us know in the comments below and for all the Disney news as it becomes available make sure you stay tuned to Capsule Computers.

Need for Speed- Parking at 100 mph