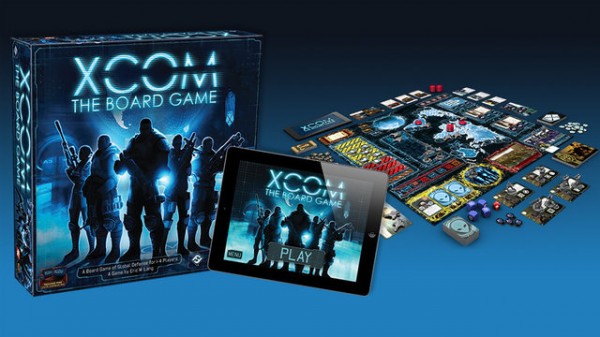 Good news for all the fans of the XCOM series; a new strategy boardgame developed by Fantasy Flight Games is set to be released later this year and will be based on the recent Firaxis Games reboot. The game will be named XCOM: The Boardgame and will allow for up to four players to take on the roles of four XCOM leaders. Each leader will be the head of their own department with varying responsibilities and capabilities as they struggle to defend the Earth against an alien invasion.

The roles include a ‘Commander’ who assigns funding and deals with interceptor placement, a ‘Chief Scientist’ who handles research, and a ‘Squad Leader’ who handles squad deployments on a tactical level. The final role, the ‘Central Officer’ deals with maintaining the satellite network and is also the one player who can interact with another unique feature to the game: a digital companion app.

The app itself plays the part of the invading aliens in the game and chooses randomly from five different invasion plans to coordinate the arrival of new UFOs, attack the XCOM base, and respond to player actions. Gameplay unfolds in real time but after players have coordinated their response, the resolution phase (in which their previous, frantic planning comes to fruition) will be untimed. This feature will no doubt create an interesting dynamic for recreating the tension which the original PC games were so well-known for.

The game is set to be released sometime in the fourth quarter of this year, but it will be demoed by Fantasy Flight at Gen Con Indy 2014 at the Fantasy Flight stall. If you’re at the con and get to try the game, let us know what it’s like as we’re itching to give it a go.