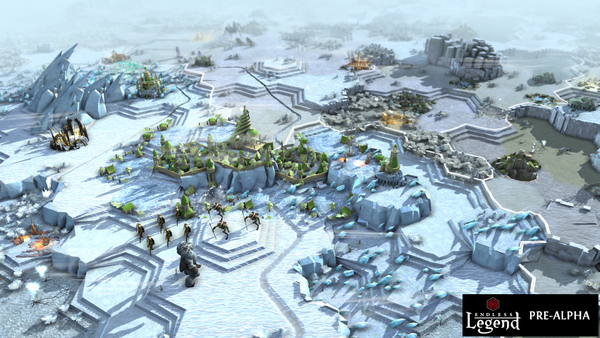 Amplitude Studio’s fantasy 4x strategy title Endless Legend had its seventh race revealed in a new video. The Drakken are a race of drakes and dragons. Though their number may be few, they are highly educated and are in a constant quest for more knowledge. They may not be interested in war, the Drakken are extremely powerful, compensating for their low numbers.

Endless Legend is a 4x strategy title from the same team that developed the epic 4x title Endless Space. Endless Legend offers eight civilizations vying to to survive the the harsh world of Auriga. The game features dynamic simultaneous turn-based battles, seamless transitions between combat and leadership, and tools to create custom civilizations. The game is currently part of Steam’s Early Access program and can be purchased on Steam, with packages started at $34.99.

Three Games in Development for the Crown Horror Franchise