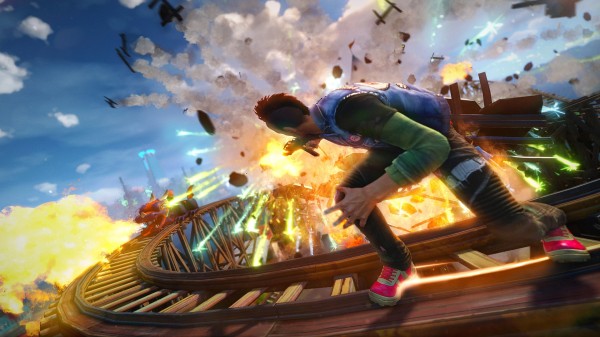 Today Microsoft and Insomniac Games have released a new video for Sunset Overdrive focusing on how players can create any type character they want and then customize it to look as cool, or as crazy, as they feel like. In the video we hear from many members of the development team as they discuss the various options players will have and how they thought of all of the crazy fashion choices available in the game.

The video also shows plenty of concept art as well as some new gameplay footage near the end. Sunset Overdrive is currently set to be released on October 28th as an Xbox One exclusive.

New Ratchet and Clank: Into the Nexus Gameplay Footage Emerges