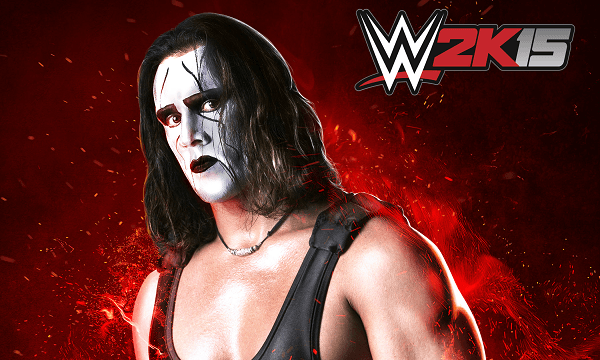 Yesterday during Monday Night Raw WWE announced that the iconic WCW wrestler Sting will be the pre-order bonus for 2K‘s WWE 2K15. They revealed this through an impressive little video that you can check out below. Those who pre-order the game will be given not only his iconic look shown above but also his old surfer style gimmick that had Sting with spiked blonde hair.

Currently WWE 2K15 is set to be released on the Xbox One, Xbox 360, PlayStation 3, and PlayStation 4 on October 28th in North America and on October 31st in Europe and as we previously reported, the cover athlete for the title will be none other than current WWE World Heavyweight Champion John Cena.