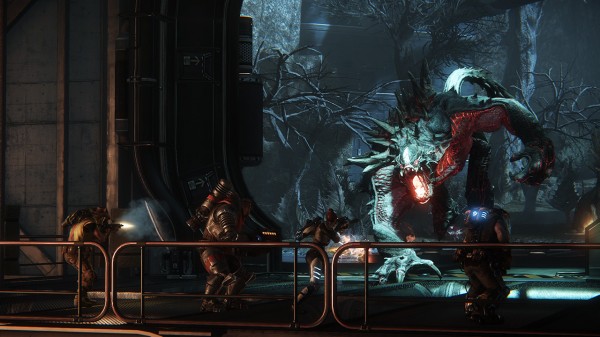 During Microsoft’s E3 press conference it was revealed that Turtle Rock and 2K‘s Evolve will be receiving content on the Xbox One before other consoles. This means that the Xbox One will have timed-exclusivity on all downloadable content for Evolve and the beta for the game will also be launching on the Xbox One sometime in the future.

There was also a short teaser trailer accompanying this announcement, however this trailer did not have any significant gameplay footage that we haven’t seen before thanks to some recently released gameplay trailers. Evolve is currently set to be released on October 21st.