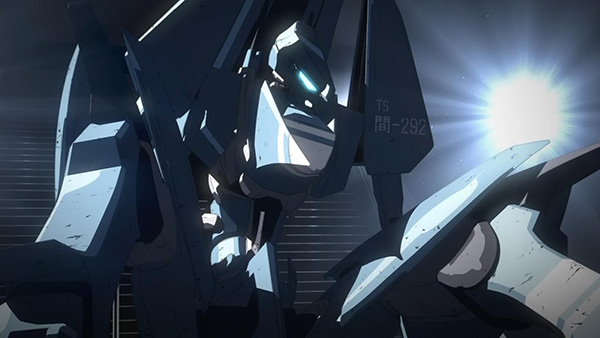 Never put all your good eggs in one basket. We were introduced to Sidonia’s finest pilots at the end of the last episode, a group of four men led by Akai. Recognised as being more skilled than Kunato’s team, the team which includes our main character Nagate, these guys are meant to be the first and last defence against the Gauna which happens to be speeding its way back to the colossal vessel.

Episode 3 begins with the Gravity Festival, Sidonia’s take on a traditional Japanese festival but with a giant robot tournament along with candy apples. As pilots from various teams compete against each other we learn that the Type 17 Garde which Nagate used in his first battle against the Gauna is an old model from the previous century, requiring more pilot input and skill than the largely automated Type 18s that everyone else uses. 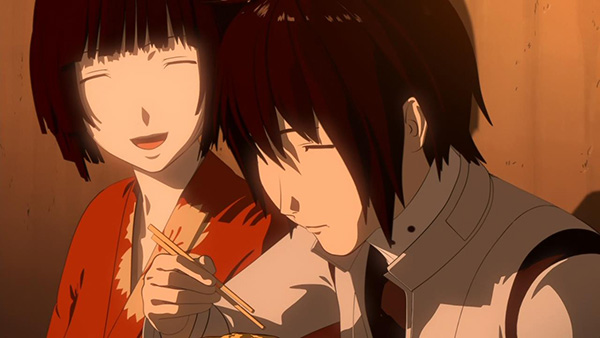 Yuhata Midorikawa is the one who realises that Nagate is not an average pilot just by reading the post-battle status of his Type 17. We also learn Yuhata’s brother is in the Akai team.

The arrogant, silver-haired Kunato loses his fight in the tournment to Akai while our hero takes time off with a potential love interest, Shizuka Hoshijiro. Funnily enough, Nagate’s not-male-or-female friend, Izana, has clearly taken a liking to Nagate but his hopes are dashed when he sees him laughing with Shizuka. I’m not exactly sure what this show is intending to do with Izana, whether he will gain a gender depending on his interest in Nagate or they might just kill him off which can be done in a really tragic way I think.

On the bridge of the ship, the captain’s advisor suggests that Yuhata’s strategic genius is enough to replace him as he believes that he should fight the Gauna alongside the pilots. The captain has no intention of having him leave her side, however. 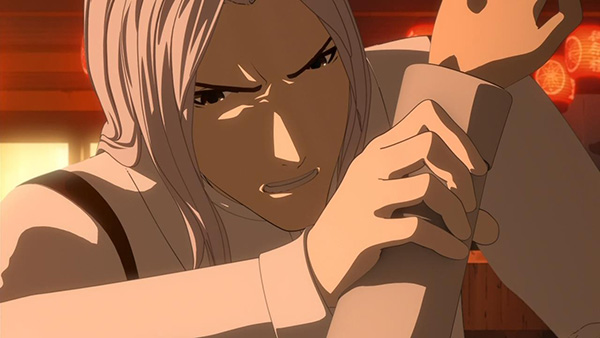 Kunato, still mad from his defeat, proves to be a terrible person by shoving Izana to the ground when they bump into each other, cause the stick of the candy apple to impale in his leg. Nagate comes to help and confronts Kunato who calls him a “subhuman”. When Nagate places his hand on Kunato’s shoulder, it’s almost broken in the ensuing struggle.

Nagate and Izana are invited by Akai to see Sidonia’s ocean, a vast and hidden reservoir of water that covers 1/4th of the ship. They dive in in these awesome bubble crafts. Once again I gotta applaud the designs and detail in this anime. Here Nagate learns that team Akai is set to be deployed against the incoming Gauna. 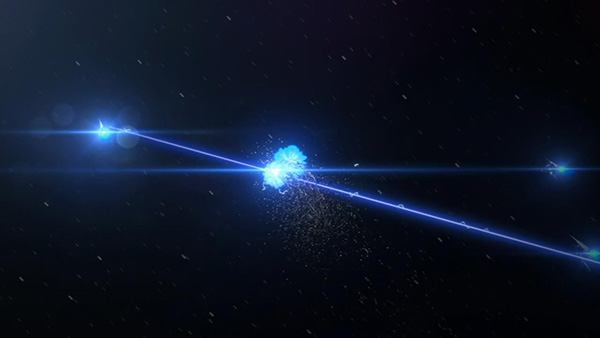 Which takes place the next second. As each pilot takes off, cheered on by the other pilots who look on via video link, we’re made to think they can handle this. Obviously it won’t be that easy since it’s only episode 3. After the initial skirmish, the Gauna core is exposed by the Higgs cannons mounted on the Gardes but their female pilot, Momose, is caught by the tentacles. Akai makes an on-the-spot decision like a true leader and sacrifices himself to free his lover but the mission is now in chaos.

HQ orders to prepare the quantum cannon once again as each member of the legendary Akai team is taken out, with Momose being the final victim after recklessly charging the Gauna for killing Akai. Here’s a good example of why relationships in combat situations shouldn’t be allowed. 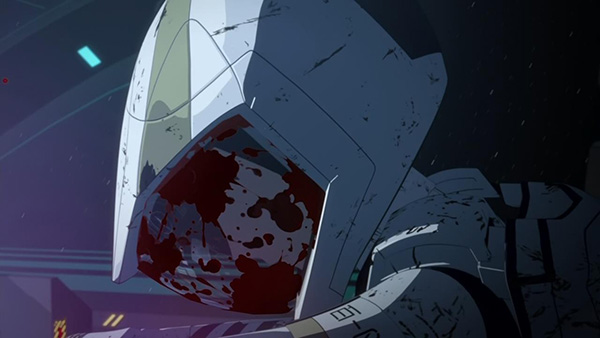 So the Gauna still lives and I expect a hectic next episode as Sidonia musters its defences, probably in the form of Nagate and his Type 17.