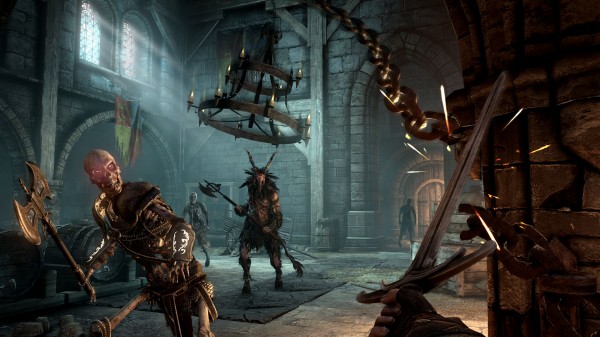 You may remember a game called Hellraid, which is being developed by Techland who was behind the likes of Dying Light and Dead Island. Well the last we heard of Hellraid it was being delayed from 2013 to 2014 for unknown reasons. Well now we have those reasons and although this announcement comes with another delay, this one has a good reason.

Hellraid is now making the jump to the PlayStation 4 and Xbox One sometime in 2015 and is also being developed using Chrome Engine 6 rather than the previous engine. A number of new gameplay features have also been added to the game such as a mission mode and an arena mode to compliment the game’s story mode, extensive character customization, and a massive amount of combat improvements. Check out some new screenshots for the game as well as a new trailer that highlights the new additions to the game below.