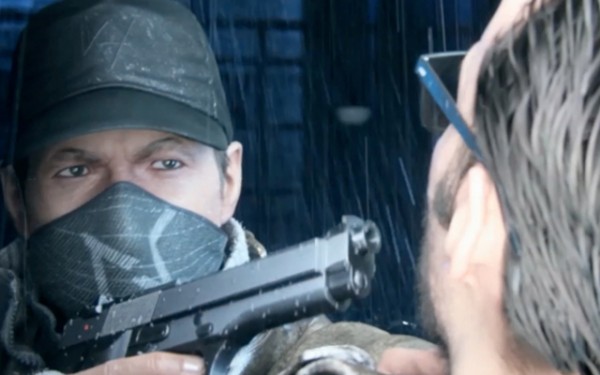 Ubisoft Montreal unveiled nine minutes of Watch Dog’s multiplayer gameplay. Animation Director Colin Graham and Assassin’s Creed brand team member Carsten Myhill walks viewers through how the multiplayer and singleplayer melds together. In the first demo, Carsten hacks into Colin’s game, forcing him to desperately cause a scene in an attempt to find Carsten. Next, Colin shows off the mobile app that will pit players against someone on a console or PC.

Watch Dogs is Ubisoft’s upcoming open world action game starring Aiden Pearce, a man on the patch of revenge. As a skilled hacker, Peace will rampage through Chicago, a city run by the Central Operating System. Watch Dogs will be launched on PlayStation 3, PlayStation 4, Xbox 360, Xbox One, and Windows on May 27th, 2014.