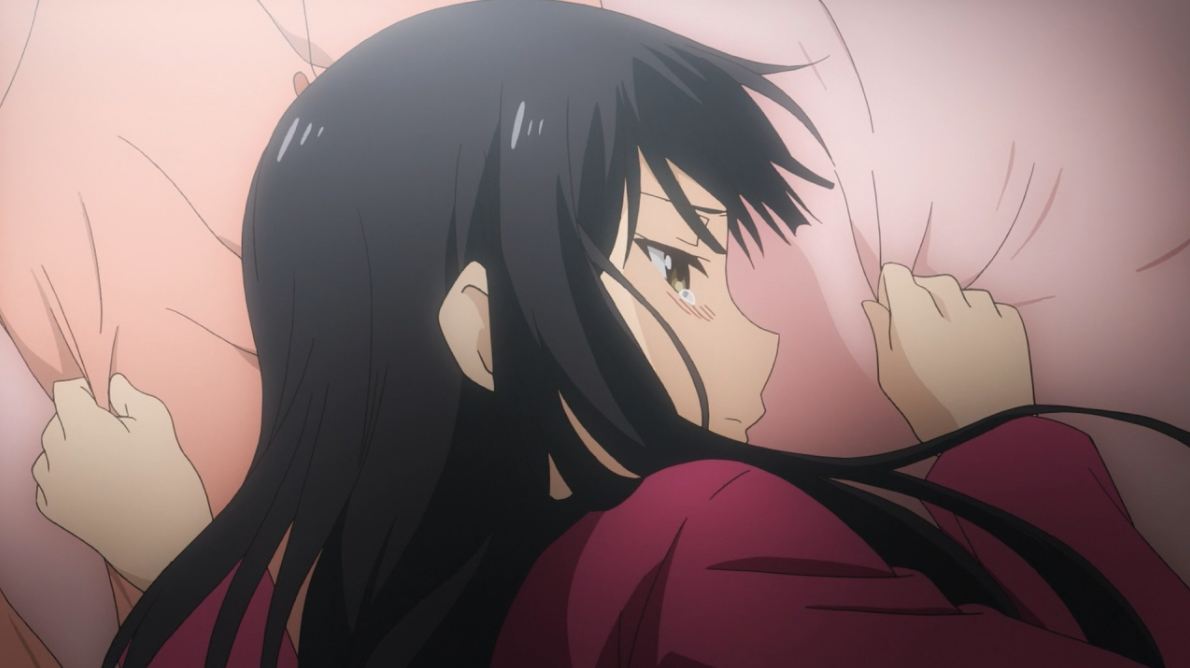 The truth shines through…

Well last episode certainly gave us a better idea of Akira now didn’t it? Having broken Yuzuki during their match, Ruko is noticeably shocked when her friend reappears more chipper than ever. But has Yuzuki managed to overcome the mental anguish inflicted on her, or is it all just a facade? The second one…it’s a facade. 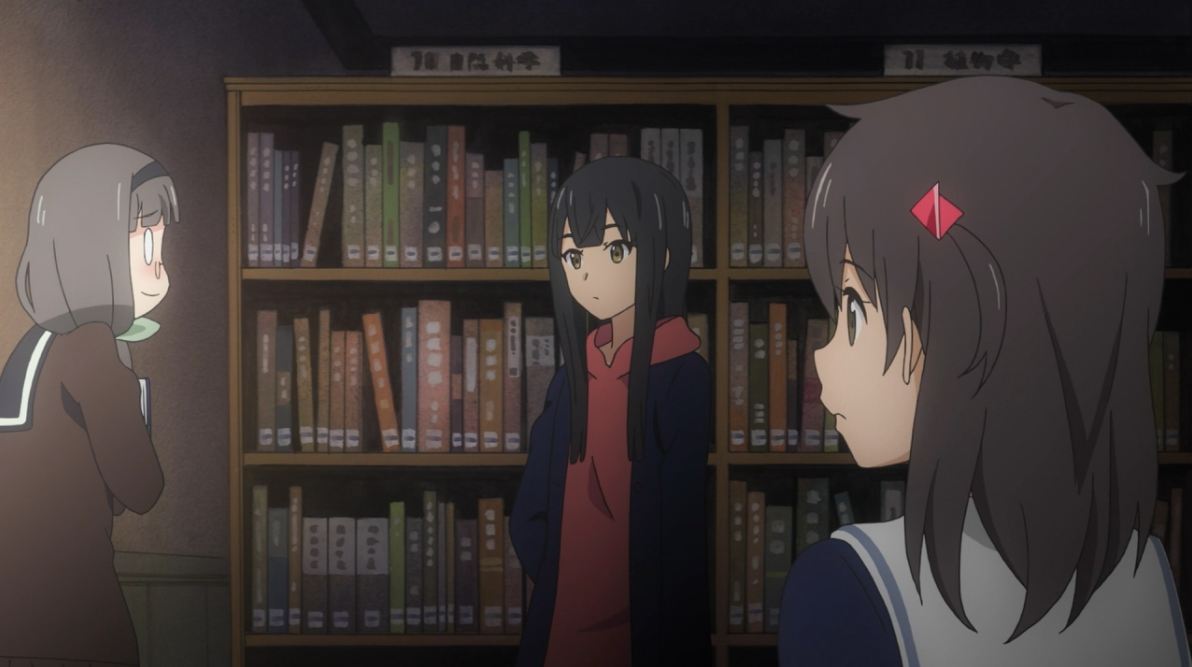 Having had her wish brutalised by Akira, Yuzuki was understandably angry and depressed at her impossible situation. Seeming to opt for the comfort of loneliness, an apparent change of heart led her to Ruko’s place. After spending the night joyfully cooking, cleaning and chatting it up with one of the coolest grandmothers in anime, Yuzuki and Ruko share a brief moment of honesty. Showcasing just how close a friend she considers Ruko, Yuzuki reveals her reason for competing against fellow selectors. To her credit, Ruko doesn’t judge her friend for her wish, which is nice…I guess. I mean being there for your friends is good, but at what point do you take a step back and discuss the issue objectively. I’m not saying that Akira’s barrage of insults was right by any means, but come on. It’s her brother she’s pining for. Somebody needs to sort that out.

On a purer note, Hitoe manages to finally overcome her shyness (barely) and accepts Ruko’s invitation of friendship. Plus, since she was there, Yuzuki is now her friend as well. Bonus. As they begin a beautiful new friendship, we learn that Selectors are indeed able to play WIXOSS just like any other person, as long as they leave their LRIGs out of their deck. So it would appear that the cards possess more power than initially revealed. Not merely an extension of their Selector, they are the key into the battle realm. As the girls have fun playing a card game the way it was meant to be played, we are also granted a rather rare case of interaction between the LRIGs themselves. Witnessing Hitoe finally interact with other people, Midoriko laments over the fact that now she no longer needs to battle, having already attained her wish. Though happy for her Selector, Midoriko is also clearly sad over the prospect of being forgotten. After an interjection by Tama, Hanayo and Midoriko begin to have a rather cryptic conversation regarding the true nature of the LRIGs. Though we aren’t given any real facts, there is definitely something more to these cards. Something that Tama isn’t even aware of. 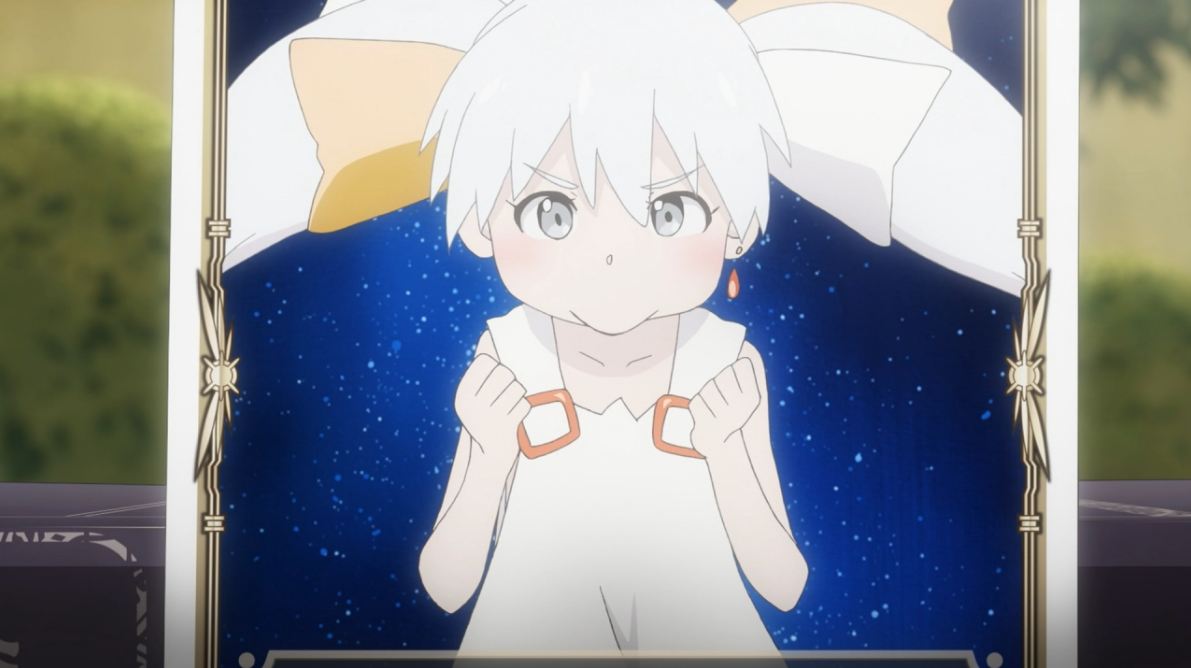 How can you say no to that face?

But this is WIXOSS, so things don’t stay rosy for too long. Ready and raring for another battle, Akira enlists the help of a veritable army of girls who attend Ruko’s school in order to track her down. Luckily for Akira, Ruko’s fellow highschoolers are apparently some of the dumbest and most over the top people on the planet, resigning themselves to literally hunting Ruko down in order to appease Akira. At one point a girl straight up insults her teacher for asking what is going on. Seriously, put that kid in detention or something. Do celebrities really have enough power that “civilians” will do anything to make them happy? Man society is out of whack. Anyway, after managing to capture Ruko, she is brought to Akira and a battle begins…or it would’ve if Iona hadn’t interrupted. After staring Ruko down, the new Selector somehow knows that she does not possess a wish of her own, describing her participation in WIXOSS as blasphemous. Pretty harsh words coming from a stranger. Though it does once again call Ruko herself into question.

More than anything, this episode shows us that Ruko is developing quite the appetite for combat. It’s gotten to the point where a number of characters have noted the similarities between Ruko and Tama, who we already know has a bit of a bloodthirsty side. Though Yuzuki explains that a fight with Akira may lead to Ruko hating WIXOSS, she nevertheless wishes to battle anyway. However, this isn’t a simple love of the game. No, Ruko is at her happiest when in a Selector battle. The regular stuff just doesn’t cut it. Though she claims to have no wish of her own, last week showed us that Ruko is in fact closer to realising her desire than anyone else. Now I’m not sure about you, but for me this is one of those times where mystery serves as a source of unrest. At this point it seems like all Ruko wants to do is fight and, with the power to change reality in her hands, who knows what that means for everyone else…Selector or not. 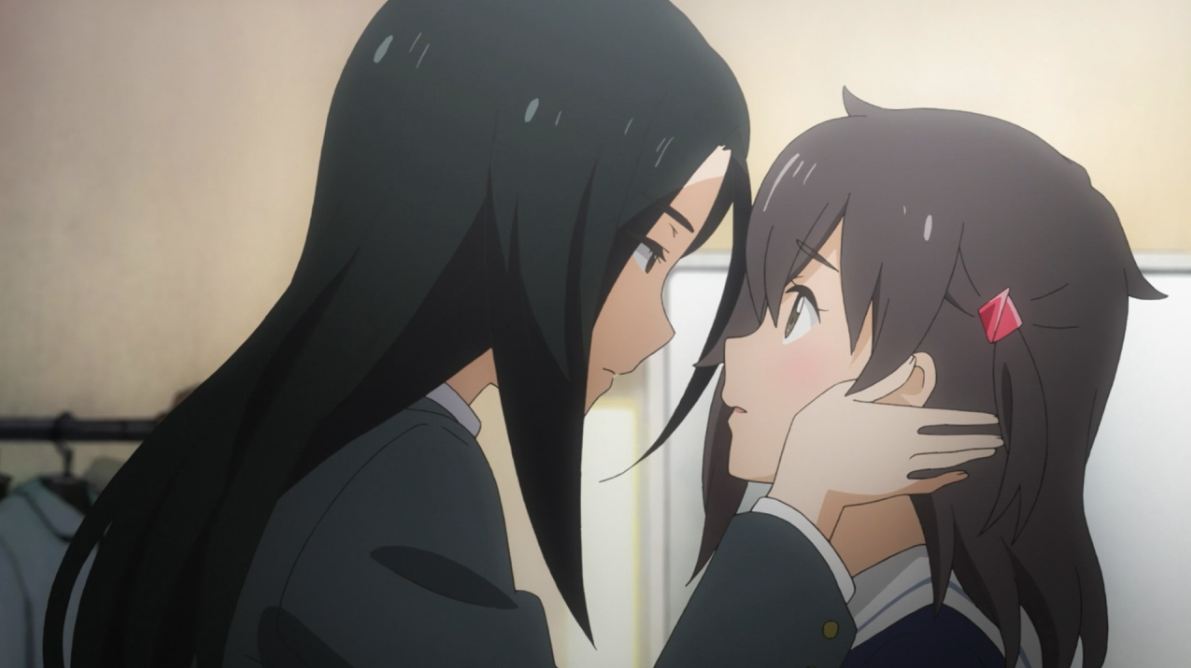 With Ruko left contemplating her inherent lack of desire and Akira left pining for battle, we may yet bear witness to quite the confrontation. After all, when two battle hungry Selectors clash, sparks are sure to fly. Plus, with Iona now in the mix, who knows where the Selector’s individual paths will lead them?