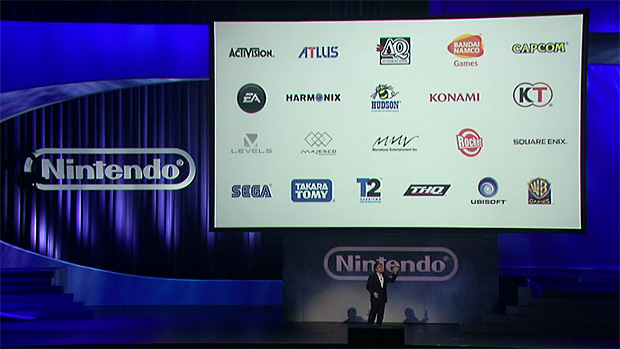 For the second year in a row, gaming giant Nintendo will not be presenting a live stage show at E3 2014. But that doesn’t mean fans will be left out of the E3 celebrations, as Nintendo are planning a Digital Event that is being teased as the one gamers are waiting for. The date for the Digital Event (strangely not labelled as a Nintendo Direct) is planned for 10th of June at 9PM Pacific Time and will showcase games planned for 2014 and beyond. Nintendo won’t be completely absent from E3 however, with Nintendo Treehouse present on the E3 show floor to show live streaming segments and demos and 16 skilled Smash Bros. players will also be called upon to showcase the new Super Smash Bros. Wii U at the Nokia Theatre, which will be viewable in person and as a live stream for fans to watch. That wasn’t the end of the Smash related news, as Nintendo announced Best Buy will have playable demos of the game at their stores, with details of dates and locations to be announced soon (a women in the announcement video states this will be during the E3 period).

In a somewhat new move for Nintendo, they made this announcement via a rather funny video where a couple of guys plan to discover all of Nintendo’s E3 secrets by infiltrating the American headquarters with a mecha version of spokesperson Reggie Fils Aime. Seriously watch the video, it’s hilarious and just below. Are you dissapointed there won’t be a live press conference this year or are you happy with the digital event? Let us know in the comments below.