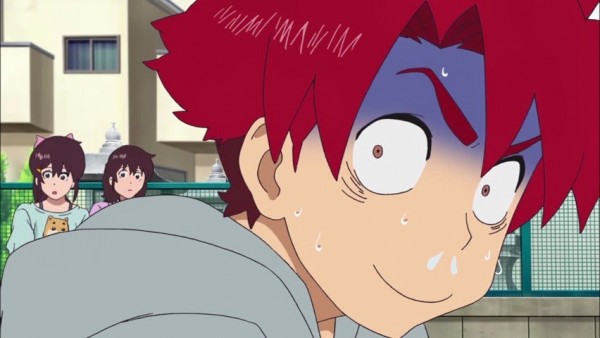 Did Medabots and Tiger & Bunny have a love child or something?

Majin Bone is the first anime of the Spring 2014 season to drop and going in this was not exactly the hottest looking series on my radar, sure it was on there but it didn’t jump out at me as being especially note-worthy. After watching this first episode, wowee was I wrong. 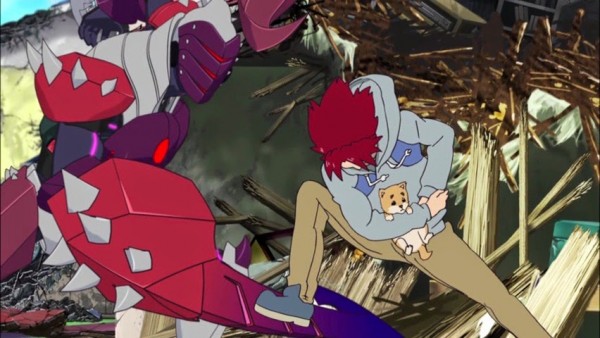 Echoing the style of 90’s anime series with a splash of modern flair, Majin Bone proves to be mashup of old and new. The artstyle pretty much had me unable to look away, the cel-shaded imagery is vibrant and adds to the light-hearted atmosphere quite nicely. It is smoothly animated and even the CG elements are pretty smooth as well. It is a lovely aesthetic that pleased my eyes, but what really pleased me was the silly yet awesome bombast of the series. 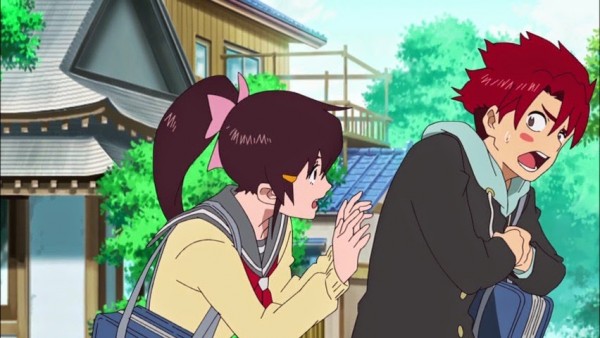 This first episode doesn’t exactly go a long way at setting up the premise for the series, it seems as though there are people who wear armoured suits called ‘Bones’ and fight other armoured ‘Bones’. The ‘Bones’ themselves look very Tiger & Bunny inspired, none of them really got too much time to sink in yet but I’m sure the ‘Bones’ will eventually stick in your head as the series moves on.

Many people are going to probably overlook this series as just another ‘kids’ anime but they’d be fools to do so. While Majin Bone is largely a ridiculous anime, this first episode was ridiculously fun. There was more than a fair share of laughs to be had and the cast is beginning to shape quite nicely. The scenes in the backyard with the rock and alien invader were absolutely preposterous to say the very least but it was so much fun that none of that even mattered. It is what I like to call the ‘shonen saving grace’, which is when a shonen series is so over the top ridiculous that it manages to actually be awesome. Majin Bone is a prime example of ‘shonen saving grace’. 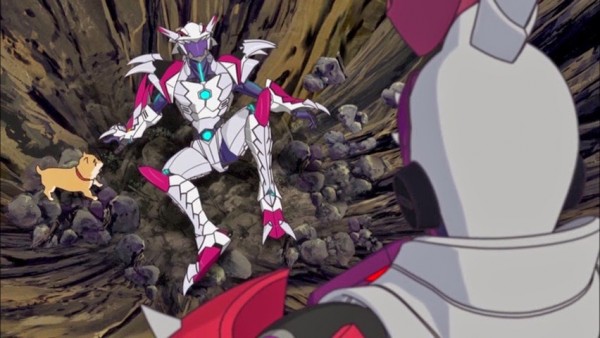 The episode basically introduced us to the characters we are going to come to know over the next few weeks, and gave us a bare bones gaze as the concept behind the series. Where things go from here is anyone’s guess really, but with as much fun as this episode was, Majin Bone only needs to remain consistent at this point. Stay silly, stay fun. I mean who doesn’t want to see that little rascal of a pooch Momotaro barking away at a green rock? I could watch that all day I reckon. 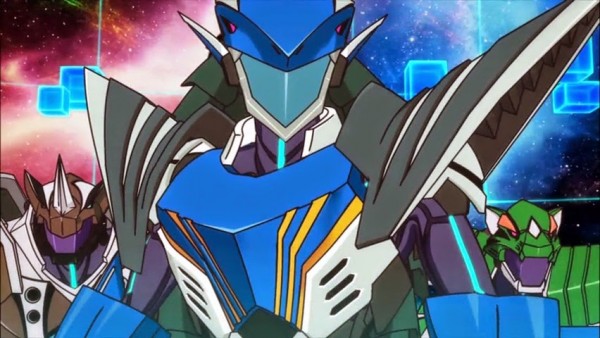 Majin Bone kicks off the Spring 2014 season with a bang, its retro, its silly and its a boat load of fun.I may have forgot to mention this, but this is probably going to turn into a card game anime at some point as well considering its adapting one. Do I need to say anymore? I’m down to boogie with the ‘Bones’, baby! 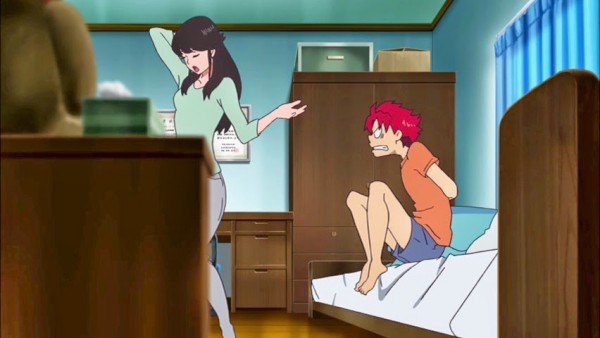 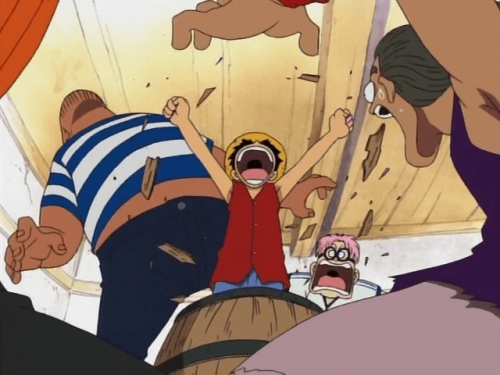