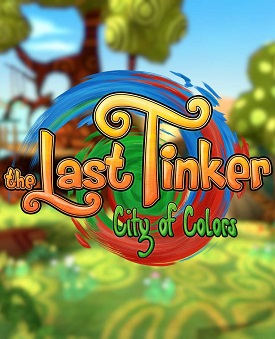 The Last Tinker: City Of Colors is a new upcoming action adventure title from Mimimi Productions and Unity Games (the publishers of titles such as Archangel, the iOS and Android Fantasy Action title). The game touches on current day issues like culture and racism. It really provides a breath of fresh air when traversing Colortown, the city where Koru, the main character of the game, has to overcome the Bleakness in order to restore color to the world. The game’s graphics are very cute and colorful. 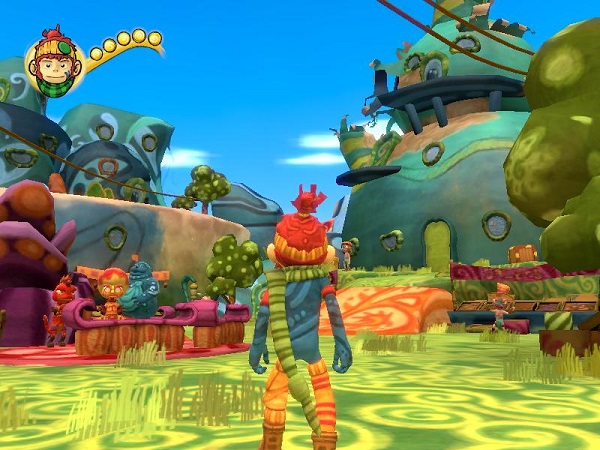 In The Last Tinker: City Of Colors, Koru lives in the slums of a place known as Colortown, which is a small town in Tinkerworld. Anything can be built from paper, glue, and color. The opening scene starts off with the description of Tinkerworld and some nice pictures of the world created by paper and glue. However, the city of Colortown is in danger as the city divides itself into districts based on color. Only in the outer areas of the city are the people still acting normal, but as Koru discovers, he’ll start a chain of events that will lead his world into trouble. The narration is excellent and really provides a light-hearted atmosphere as you begin the game.

Right off as you start, your screen is filled with different colors and Koru’s home. Tap shows up and tells us to get ready for the race and that he’ll train us on the way. As you get acquainted with the movement scheme, Tap guides you with what buttons to press or to use. WASD is to guide Koru around. The mouse is your method of looking around your environment. The space key is used to sprint and hop onto other platforms, making navigation in this game quite easy. Besides running and jumping everywhere, you’ll have to maneuver across tight ropes and up ladders to make your way to your objective. 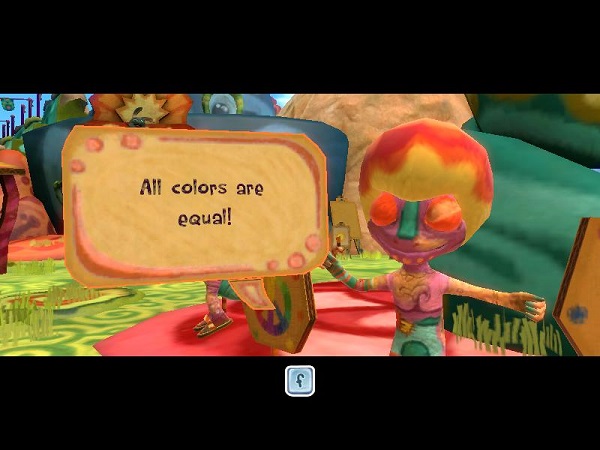 Additionally, combat in the game is quite easy to understand. Using your left-mouse button, Koru will punch in front of him. Clicking continuously will lead to him chaining a combo together, where the fifth attack deals more damage. So far in the build that we’ve received, the combat seems to be pretty self-explanatory. You can swap targets in the middle of attacking, leading to more coverage if you’re being overwhelmed. 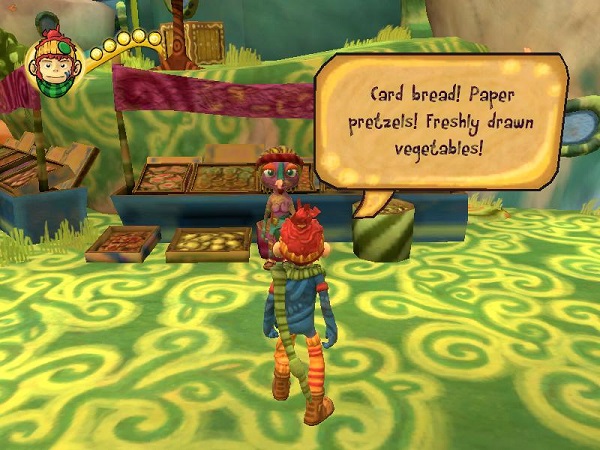 In the build, your main goal is to earn 500 Crystals (the currency used in The Last Tinker: City Of Colors) so that you can enter the race. One part of the journey is to go through a fighting workshop with Brik. The lizardman teaches a bunch of rookies the art of fighting and how to become good at it. To complete his workshop, you have to complete 3 different objectives. One of them is to hit your target 5 times without hitting the same one twice. Doing this was fairly easy, as you only had to adjust your character’s point of view to get Koru to attack another target. Your target will be highlighted yellow, so it makes tracking your movements fairly easy. The second objective is to dodge roll, which you can do with your right-mouse button. Using this to escape your enemy’s attack is important to beat the game. The last objective was to hit a punching bag 15 times in a row. Finally, you had to take on the other new recruits by yourself, which is actually quite entertaining once you start fighting them. You have to dodge and swap attacks between them to make sure they don’t get a hit on you. Once you’re finished collecting the crystals, you enter the race. One of your main rivals, Bolzo, shows up to discourage you. As the race begins, Bolzo cheats and takes off before the sound off. As you twist and turn around the trail, Bolzo tries to stop you with whatever trick he has. 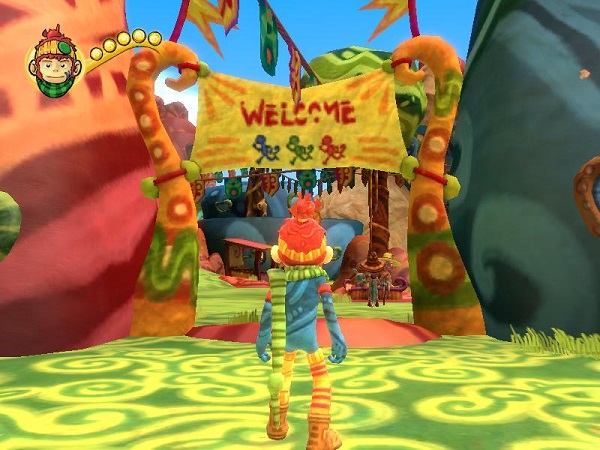 Through all of his tricks, Bolzo manages to get first place in the race. Tap calls him out on this and Bolzo simply gives up the prize, but promises to take revenge on Koru and Tap. As you make your way back to your hideout, Bolzo and his goons show up. Bolzo punches Tap and retreats, leaving you to deal with his 8 or so buddies. As you seek medical attention for your friend, the Purple Spirit shows up at your home. The Purple Spirit is one of the world’s Color Spirit. Noticing the trouble that’s been brewing in Colortown, it seeks Koru’s help to fix the problem. Koru is a tinker, one of the last ones. Because of this, Koru has the power to fix the problems that’s been infesting Colortown. 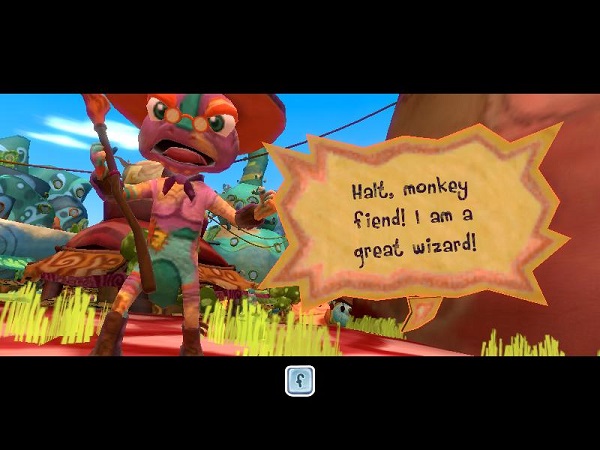 Overall, the game has huge potential. The brief gameplay demo that we’ve been able to try has so much to offer. From the amazing graphics and the detail that’s put into it, to the soundtrack that really set the atmosphere for the game, Mimimi Productions has set a high standard for this game, and they’ve delivered with this first build. I’m excited for what’s to come during the summer as they release the full version of this game. The puzzle and adventure/action elements of the game is sure to appeal to gamers of all types. What’s more important is the very important messages and themes that the game is trying to impart within its player, which I respect. The Last Tinker: City Of Colors is an absolute delight, and is easily on my to-buy list when it comes out this summer. With over 8 hours of gameplay on the full version, it’s no wonder why the title won the “Best Game In Show, Audience Choice” award at the Casual Connect 2014 conference in Amsterdam. If interested, make your way to their website here to get more information on the game.