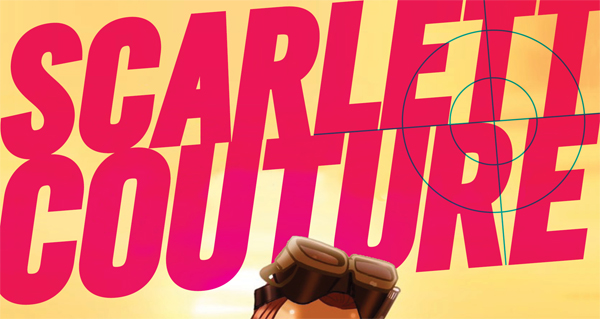 Get ready for something special folks, the guys over at Titan Comics have announced their next upcoming project; Scarlett Couture! From the mind of the master of the pin-up art, Des Taylor comes Scarlett Couture, a billionaire fashion heiress turned spy after being kidnapped and held for ransom as a teenager. Scarlett trained in hand-to-hand combat and intelligence skills under her rescuer, Lt. Spencer Kelly, to ensure she’d never be held captive again. After learning that her mother was a former spy for the C.I.A., Scarlett now uses her mother’s global fashion company as a cover to bring the world’s greatest criminals to justice!

The book sounds like it is Black Widow meets Nikita, and that sounds absolutely awesome! For a little bit more of a look at the upcoming series, we have a cover-image below. If that isn’t enough, we also have a short trailer to give us a better look at what we can expect from the book when it launches on October 15th. For all the Scarlett Couture news as it becomes available, make sure you stay tuned to Capsule Computers. 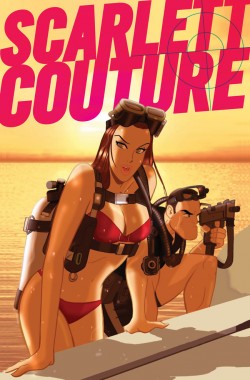