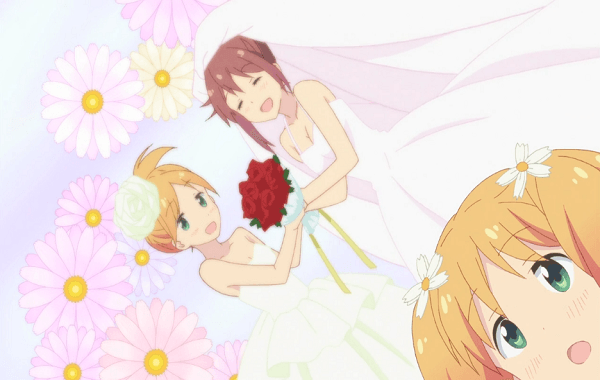 “This is not one of the better Sakura Tricks; Kotone really holds the first story together and unfortunately I didn’t enjoy the second one as much… it appears this side story took a wrong turn and I do want and hope it redirects itself in the next episode.”

Will episode 8 be better than the last, can the show pick itself up and carry on with a good story with great use of character interaction? The answer I’m happy to say is YES!!! And it does so with the sound of wedding bells and a display of Christmas lights.

Wedding Misinterpretation is the set up in the beginning of this half and also remains until the end, since the anime is about Yuu and Haruka it’s only appropriate to devote this story entirely towards the two as they somewhat seal the deal on their relationship. Haruka’s family is going to a relatives wedding and with the absence of the father on that particular day, Haruka is allowed to invite one of her friends to join them. When calling the half asleep Yuu in order to confirm availability, Yuu doesn’t realize she’s going as a guest and instead thinks the wedding is for her and Haruka, a simple misunderstanding that lasts for a whole week (as shown by the time skip text) and isn’t revealed until Haruka gives Yuu a kiss in order to even out her lip gloss. 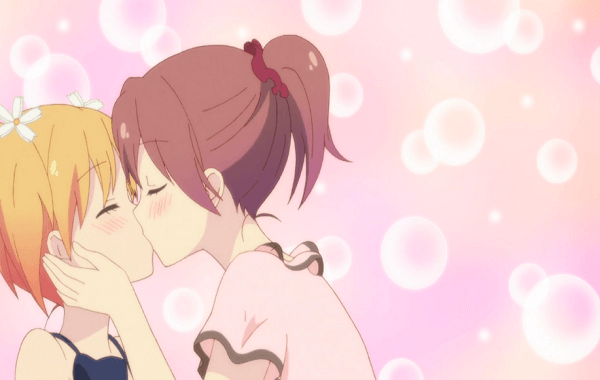 It’s the reactions that make this half so entertaining; the calmness of Haruka who is excited to see a wedding with her partner, the panicked look on Yuu who is wondering about the legal side of two girls getting married (and whether or not both parents will approve) and the typical old-school reaction of Haruka’s father who doesn’t want her marrying any random guy off the street (I know what you’re thinking, Haruka is thinking the same). I am a bit upset that the gag of Yuu not knowing the full story only lasted half way through as the build-up and lines used had a natural flow to them, providing a nice contrast between Yuu, Haruka and even Mitsuki who reacts accordingly when Yuu tries to ask her about a lesbian wedding, which doesn’t get past “if two girls” before this happens… 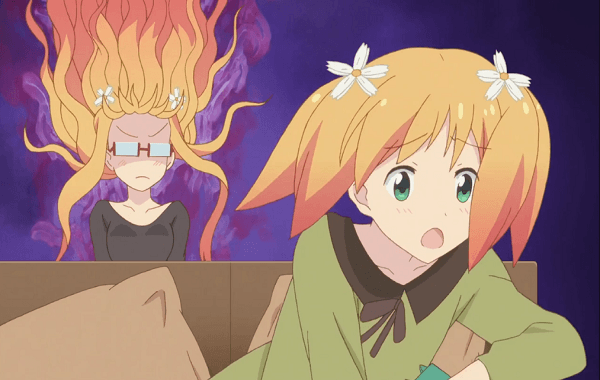 I have said that the yuri in this anime has been predictable and starting to lose its significance with each episode passing, yet somehow this one manages to bring back the true emotion that’s held within each kiss. Maybe it’s just me, but the fact that both of them are serious about wanting to marry each other really shows the strength of their relationship. The kisses become a promise for something they both want and are determined to make happen, being at the wedding made each moment more romantic and it does result in an awkward moment between the two that will be brought up in the second half of the show.

Ever since the wedding both Haruka and Yuu have been avoiding each other, this observation is noticed by Mitsuki when she gets a call from Haruka inviting her and Yuu to the Christmas lights show. Mitsuki is wondering why all of a sudden the two girls aren’t so close and tries to bring them back together before the night ends, a not so cunning plan that involved pushing Yuu into Haruka and getting the other four girls to ditch them. It’s nice to see the other four girls in this story, but I am glad they don’t stay for too long; we get a short scene with Shizuku wanting to go in a department store and one with Ikeno saying there are different forms of love, causing a bit of tension between Haruka and Yuu. When both girls are left alone they begin to feel the butterflies in their stomachs, both hearts are beating strong with every minute they are around each other causing the nervous energy to increase. 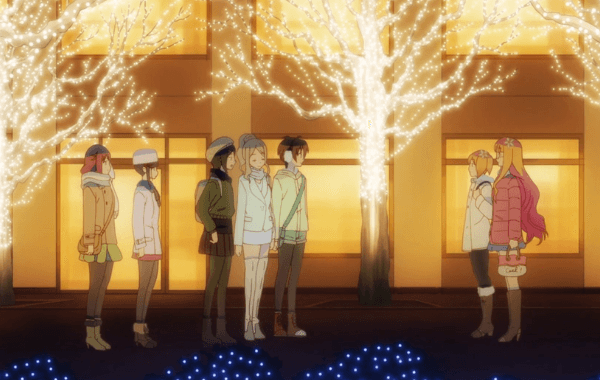 During the beginning of this story Mitsuki gives Yuu some advice about not bottling up her feelings and that compromises are the key to any relationship, these words become very useful during the end as she plucks up the courage to confront Haruka straight on. We get a nice little kiss at the end to show the two girls are becoming stronger as a couple and it would’ve been a nice scene if they didn’t end it on Mitsuki upset about being left alone, again this felt out of place and the attempt at humour almost ruined an emotional moment, why is it always her involved in these shots by the way?

Because the second half was Christmas themed we get a different ED called Sakura Christmas, the music is very jingly sounding and the lyrics are upbeat and have a happy nature towards them. It’s great ending the show a bit differently and it works even better when it’s related to the episode, this does feel like a one off occurrence though and we will probably be back to the original ED in episode 9. 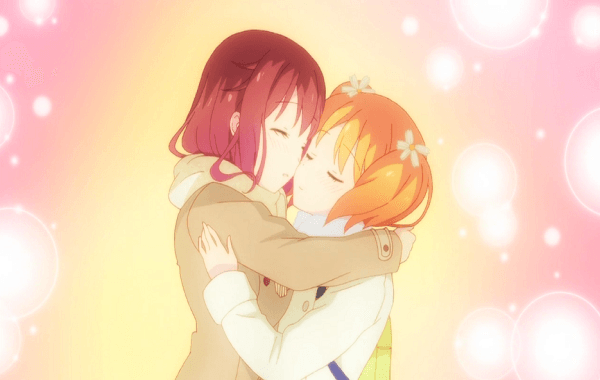 Although I enjoyed one half more than the other, this episode shows that Sakura trick can still deliver on a great story plot and the progression of Haruka and Yuu has taken a much needed step up. This was the episode that needed to focus on just the two main girls and they did so by providing two good story plots. I didn’t mind the fact the other four girls were briefly shown and it was kind of interesting to see Yuu playing a dancing game on her video console, the use of the OP music was a nice touch. All they need to do now is have less end scenes with Mitsuki and more with Haruka’s father; his brief moments show that you don’t want to mess with that guy, especially if you want to date her daughter. 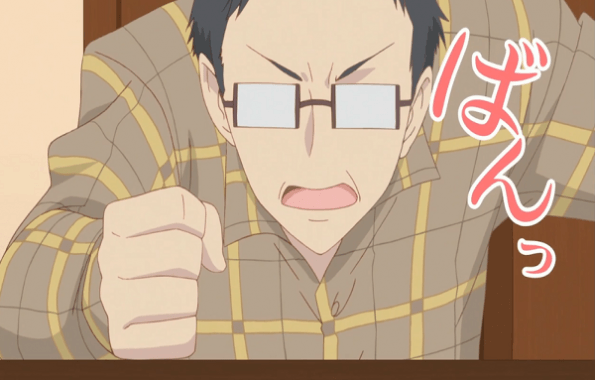