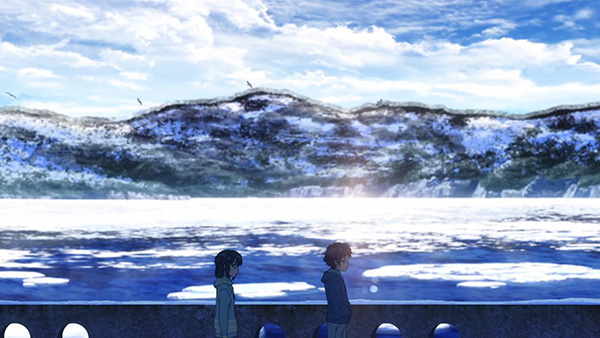 Nagi no Asukara
Episode 23 – Who Do These Feelings Belong To?

See the title of this episode? Those feelings belong to us, the viewers, as the show approaches its emotional finale. All those pent-up emotions that our characters have been dragging, tied to a cannon ball, across the seabed for 3 months have finally start to burst out. Only a little, mind you, like a leaking dam. No doubt there’s still plenty more to unravel in the coming episodes.

Hikari and Miuna are left with the realisation that Manaka would never love again. Hikari is adamant that Manaka wanted to reveal that she was going to confess to Tsumugu after the Boatdrift Ceremony and he only confides to Miuna about this. She’s not so sure however as she thinks there’s a good possibilty that Manaka would’ve confessed to Hikari instead. Hikari dismisses this as impossible, thinking back to the time when she cried and ran out of the classroom when Hikari himself confessed. 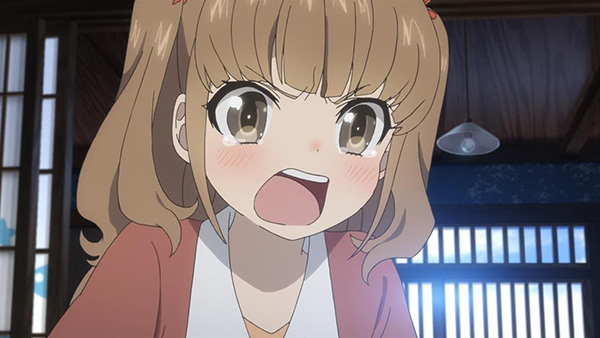 There’s an interesting conversation amongst all the friends when they gather to discuss Manaka’s missing love emotion. They seem divided. Hikari, Miuna and Sayu feel an urgency to help her recover what she lost while Tsumugu, Kaname and Chisaki aren’t so sure, arguing that Manaka is happy without knowing love. Sayu erupts and lambasts Kaname in an awesome display while Hikari leaves feeling disgusted.

What do you guys think? I’ve seen fans comment on this issue and there’s some that think it’s not such a bad thing to have no love as long as you’re ignorant. You could say the same for the mentally disabled who don’t know better. In my opinion it’s still a missing piece from what makes us human and Manaka is being deprived of a choice without knowing. But you’ll see later in the episode that she is still troubled and feels that something is not right. Surely she’s not happy like this? 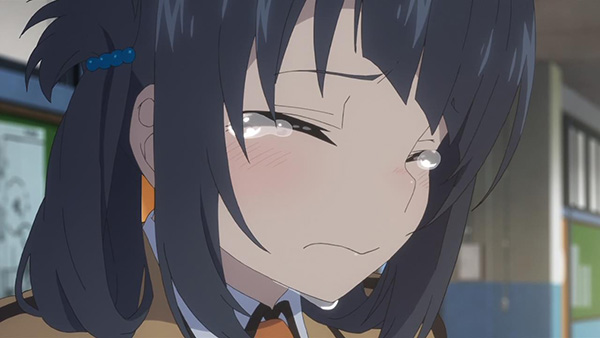 Character development. This anime has it. We’re not seeing the same people we saw during episode 1 like so many other shows these days. I went from hating Hikari in the beginning to thinking that he’s one of the best male characters. Sure he’s not exactly cluey, but he’s damn mature for his age. He’s written Manaka off as Tsumugu’s, thinking that if he can hook the two up she’ll remember what it’s like to love someone. It’s a selfless act and he’s determined to make Manaka happy even if he loses her to Tsumugu.

Sayu, meanwhile, has decided to confess to Kaname soon despite mouthing off at him. It’s funny how she acts like his wife now thinking it’s OK for someone to yell at him as long as she’s doing the yelling. You can see that everything is in motion for a grand finale involving everyone coming clean with their emotions. 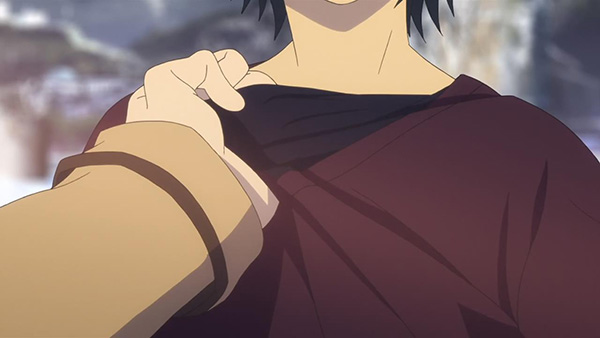 The biggest bombshell this episode was when Hikari confronts Tsumugu to help Manaka fall in love again. Tsumugu refuses as he doesn’t believe she ever really loved him. It’s likely Manaka just admired him. So he admits he liked Chisaki instead to Hikari. The bombshell? Chisaki was right behind him and heard it. Jumping into the sea out of embarassment, Chisaki swims away towards Shishishio and Tsumugu dives in after her despite not being able to breathe underwater.

Somewhat predictably, Tsumugu gains an ena and is able to live underwater now! They should just simulate drowning with everyone and then all of humanity can breathe in water, right? But in all seriousness, this is a pretty powerful moment, more so than when Miuna developed an ena. Why? Because Tsumugu has always loved and respected the ocean to the extent that he became an oceanographer. Now he’s finally able to see the depths for himself. 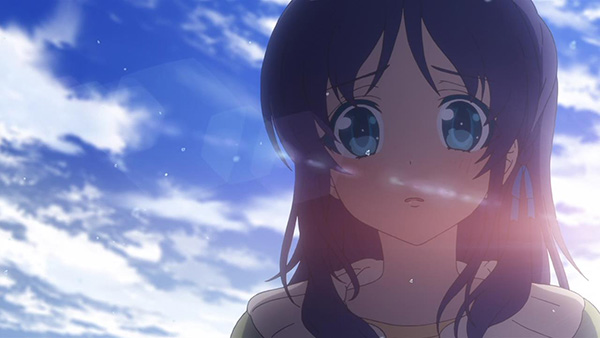 So Tsumugu meets Chisaki face to face on the sea floor and confesses to her in a romantic, roundabout way. Now does Chisaki feel the same way or does she still harbour a childhood crush for Hikari? 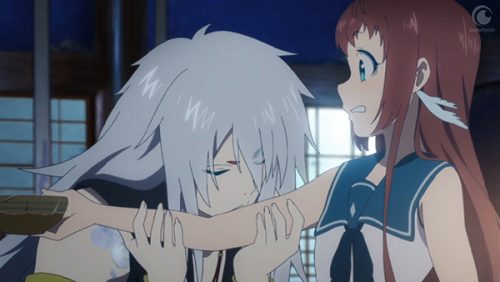