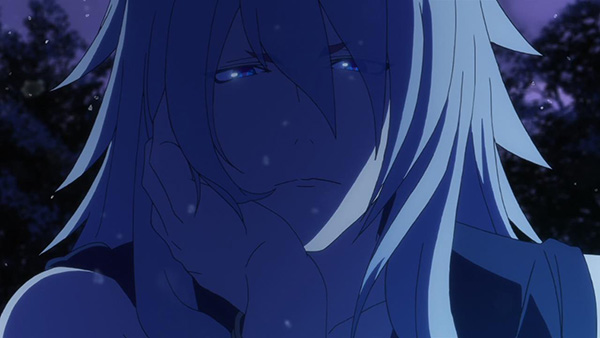 Nagi no Asukara
Episode 22 – Something Lost

It’s been a while since the last time we were given an information dump in this anime but in case your brain was getting a little bored, here’s another one! Lots of revelations in episode 22 and just as the title suggest we finally discover what Manaka has really lost since waking up from her slumber. And no, it’s not her wallet.

There’s been this gnawing, awkward atmosphere during the last few episodes that has made the series almost uncomfortable to watch. Not only have the characters’ not been communicating well, but there’s something not quite right with Manaka.

From where we left off, our friends are stumped about what to do next. The saltflake snow is falling more and the world continues to change. They need more info and they feel that the only one with answers is the elusive Lord Uroko. The girls come up with plans on how to get his attention. 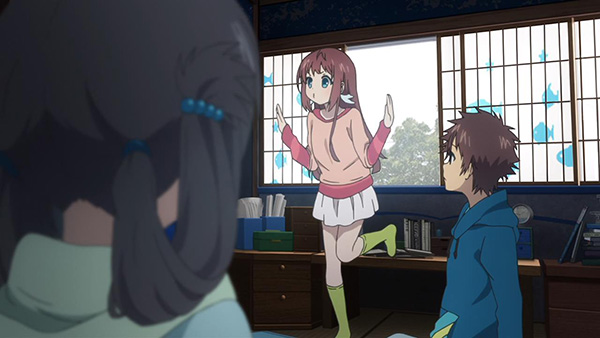 Meanwhile, Hikari is still mulling over why Manaka didn’t answer his question when he asked her what she wanted to tell him before the Boatdrift Ceremony. The situation becomes worse when she reacts in a similar way when he brings up how she lied that the fish on her knee was still there many episodes ago. Again, Manaka brushes the topic over without acknowledging what he said.

I find the weird relationship between Chisaki and Kaname the most interesting right now. He finally brings up his old confession to her, jokingly saying he should confess again. Chisaki clearly wasn’t comfortably with it and stops dead in her tracks. The whole time she’s been trying to ignore the fact that the guy loves her, possibly because she likes Tsumugu instead. Or not, we don’t really know yet. Anyway, this awkward remark was overheard by Tsumugu and Sayu who must be feeling some pity for poor old Kaname right now. 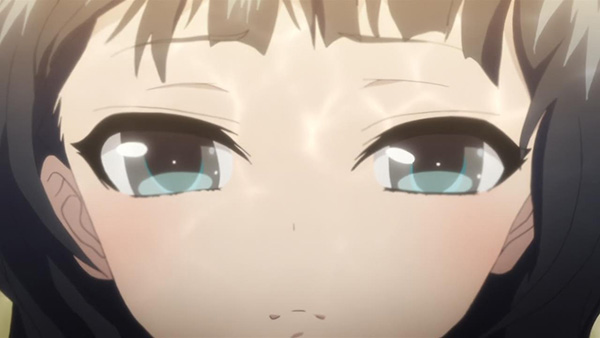 It seems all the unwanted romance is coming to haunt our friends as Miuna comes across the random guy who confessed to her a while back. Sayu meanwhile ponders to herself about confessing, possibly getting an idea. While Hikari and Manaka are alone, Hikari takes the chance to ask Manaka if she remembers key moments before the catastrophe happened. Most importantly, whether she remembers when he confessed to her.

It turns out Manaka remembers nothing about those moments and has been trying to keep it a secret so not to worry anyone. Overcome with rage and confusion, Hikari runs away. Miuna follows him and together they come across a shrine with none other than Uroko. Here is where we find out about Manaka. 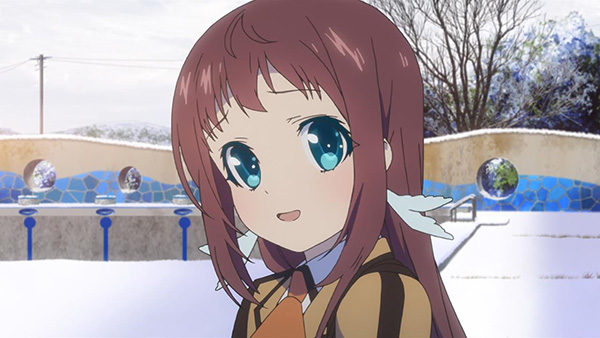 To make it short, the Sea God has not only taken away her ena but her ability to love. That’s right, if he can’t wife her than nobody can. Hence why she can’t remember anything from her past that’s related to love. This is why she has these souless eyes sometimes and a childlike personality that strays from the topic of love.

Uroko also gives more information regarding the old legend of the Sea God among other things, but more importantly he divulges the fact that the world will now accelerate to disaster because Manaka was taken away from the Sea God. 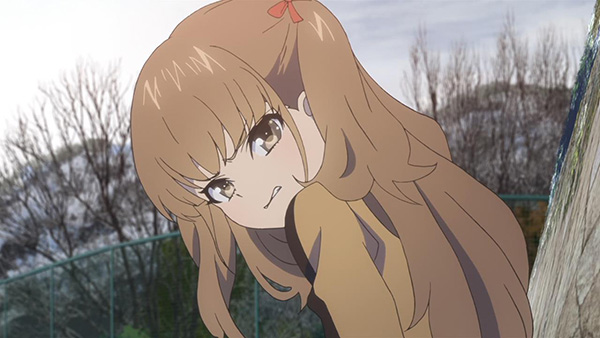 Thus, only a few episodes away from the end and we have what seems to be a conundrum that can’t be fixed. The weather will continue getting worse and Manaka can’t fall in love with anyone for ever and ever. At least now the love triangle should be simplified, right? Somehow, I think they’ll find a way and Manaka will overcome whatever limits the Sea God put on her by episode 26. But part of me also thinks there’s bigger sacrifices ahead.